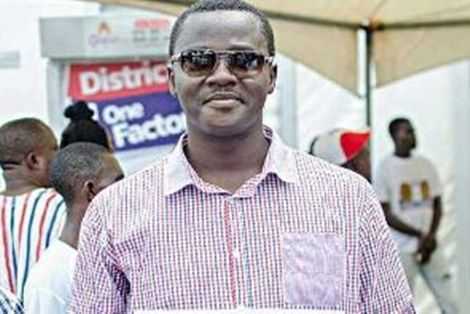 Democracy is a process meant to ensure that the citizenry are given the power to elect their leaders, in short it is the rule by the people.

Ghana has enjoyed a stable democracy under this fourth republic without any hindrance. The fourth republic has seen the election of five presidents alternating between the two main political parties in the country thus NPP and NDC. While the NDC has won three of the election NPP on the other hand has won two.

There has been the clarion call to continuously deepen our infant democracy based on best practices. These have led to calls for a constant review of our constitution, by which all powers of the land is derived.

One key bane of this our checkered democracy is the winner takes all syndrome which has characterized our democratic dispensation. The election of a president from one political party means all heads of MMDAs and MDAs must be appointed by the President. This has usually culminated in a winner takes all political successions which in many instances have not enured to the benefit of deepening democracy leading to the lack of development, apathy and violence.

The move by the president to allow MMDAs to be elected on partisan lines is very welcoming as its geared towards mitigating these adverse effects and ensuring that regardless of which party is in power other political parties would also play a key role as agents of development.

The challenge however is the amendment of two key clauses in the constitution to pave way for electing MMDCEs by partisan. The first is an enshrined clause, which is article 253 of the constitution. This clause gives the President the sole right to appoint MMDCEs. It’s amendment only needs two thirds majority from parliament,. The second is an entrenched clause, which is the article 55(3) of the constitution, which again mandates the election of the assembly members on non partisan lines. Any amendment to this article would require a referendum with 70% YES vote with at least 40% voter turnout.

Electing MMDCEs on party lines would ensure the individual is properly vetted and screened and their philosophy of governance is deeply rooted on an established political party’s beliefs. This would also ensure that the individual is not only accountable to the people who elected him/her but also the political party he/she represents. Political party’s would also ensure that, since the action of any MMDCE has a dire consequence on their image, they would put in measures to protect the individual as well as the party. This checks and balances cannot be underestimated and should not be. MMDCE, unlike MPs control huge sums of funds hence the need to ensure the individual’s character, actions and inactions are kept under watchful eyes.

The lives of smaller political parties would be revived as the status quo has not done much to the survival of these parties.

This is practiced in most matured Democratic jurisdictions. In the UK both legislators and local governments heads are elected on party lines. Boris Johnson not long ago was the mayor of London on the conservative party’s ticket. The current mayor of London Sadiq Khan represents the labor party. Councilors in the UK, which in our case are referred to as Assembly members are also elected on party lines. The same pertains in the states, where senators, mayors, governors and councilors are all voted for on a party’s ticket. In South Africa both the national and the provincial elections, which elect the president and MPs, as well as the metropolitan and the district elections, which elects the heads and councilors of the local assembly, are purely based on party lines. Infact In SA the election is focused more on the political party than the individual. The party is voted for and whoever represents the party becomes the eventual victor.

Why the seeming apprehension, if Ghana is moving towards the next level of entrenching and deepening our democracy by adopting best practices of democracy, as practiced elsewhere. Let’s not be cowed by fear but should be steadfast and hold in a high esteem our collective effort of making what’s seems impossible possible. Many had harbored similar fears when Ghana adopted democracy as opposed to tyranny, which ushered in the 4th republic, as previous attempts to adopt democracy had been marked with instability and coup de’tats. But here we are after many years enjoying the fruits of the hope we sow.

This kind of referendum is one in a life’s time so it’s important we give it all the seriousness it deserves and urge all to support the call to deepen democracy by voting YES. Kudos Mr President