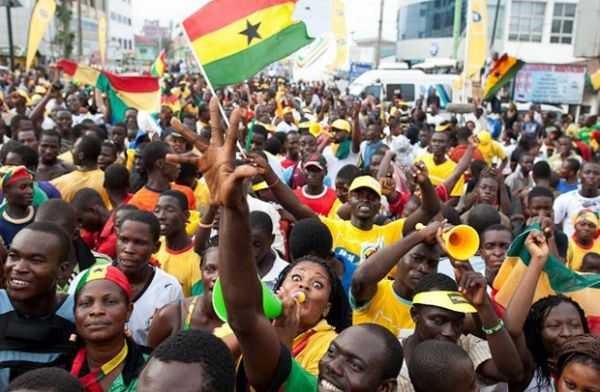 For generations social science discipline or political scientists in particular, have been trying to make sense of sociopolitical conundrum or an economic (mis)behavior regarding why many economically-disadvantaged citizens often support a political cause that does not have the economic underclass’ interests as an objective. In other words, what motivates a good many people to vote against their own socioeconomic interests in political elections?

If we were to take an impassive look at what is going on in Ghana’s public arena today, no one needs to be reminded the current government under Nana Addo, has put up far-reaching socioeconomic intervention programs aimed at alleviating the hardships facing majority of Ghanaians. A classic case of the epoch-making social intervention initiative set up by the Akufo-Addo administration is the Free Senior High School (Free SHS).

Based on numerous public utterances/actions, including the seemingly lukewarm reception, a remarkable number of Ghanaians — especially the not-well-connected — have been displaying toward the Free SHS prior to, and even since its implementation, it makes any reasonable-minded person begin to wonder why any rational human being, irrespective of his/her political persuasions, will ever believe or trust a political or social movement that has the tendency to run counter to one’s own interests.

Every modern society has socioeconomic classes of citizens: well-educated, educated, semi-educated, uneducated, wealthy, poor, the ruling class, and many more other groups. The puzzle a lot of us are trying to untangle here is why do many “needy” people spread across Ghana today, meanwhile struggling to make ends meet, let alone have the financial means to send their children to school, seek to disown some anti-poverty public policies such as the Free SHS?

What actually is the driving force(s) underneath the decision-making process of some economically-marginalized people in a society like Ghana, to put their sociopolitical destinies/trusts in the hands of the fear-mongering party such as the Mahama-take-over National Democratic Congress (NDC) that ironically views itself as heir-apparent to social democracy — a political tradition that caters to the poor, the underprivileged — and yet has a well-documented record of not pursuing any credible social intervention policy that helps the Ghanaian poor when in power?

Concerning many economically-challenged Ghanaians supposedly nostalgic for the inept NDC government under former President Mahama, and hence clamoring for his party’s return to create more economic havoc, will that position/mindset borne out of forgetfulness, ignorance, cynicism, impatience, inability to think critically, or decision based on emotion of fear as (social) psychologists would put it?

The question is, why will any normal human being decide to go along with someone’s suggestion or buy into some future promises that although one is extremely hungry now, yet it is in one’s interests to forgo an offer of “half a loaf of bread” and wait until the “better days” to come where quality and full-size bread will be available to satisfy one’s hunger?

The point here is, regarding the introduction of the Free SHS in Ghana, whose interest does it serve most? Is it President Akufo-Addo, the “remorseful” and super-rich ex-President Mahama and his ideas-challenged opposition party, the so-called rich celebrities who can afford to fly overseas to give birth and also educate their children in the Western countries, or the struggling poor parents many of whom living in the remote and relatively unreachable parts of Ghana?

Unquestionably, one of the toughest, often an unbearable economic choice that has been confronting many parents in this country over the decades is the school tuition/fees problem. Anyone can try as much as he/she wants to debunk the indispensability of the tuition-free SHS program, but the fact remains that regardless of its implementation phase hiccups, the policy is anti-poverty and therefore, it is in the supreme interests of the economically-impoverished Ghanaians who may not know where their next meal will come from.

Even though some of us may not be living in Ghana now, personally as a native-born Ghanaian, well conversant with the nation’s culture, one does not need to be told that millions of Ghanaians talk too much for their own good and the paradox is those talks are often around the basic levels of national issues that do not touch the centerpiece of the problems in the first place. For one thing, many Ghanaians “fear” change and for another, they’re not really good at adapting to change, although almost everyone pretends otherwise.

Because of the excessive talking in the public space, there is less to no time left to critically weigh important issues to enable them understand their full socioeconomic implications on their overall interests. Hence, for the Mahama-controlled NDC, the most effective way to persuade the vulnerable Ghanaians to vote against their own economic interests in the 2020 elections is to constantly appeal to different forms of fear and to a greater extent, employ subtle tribal sentiments designed to produce combinations of anger and more fears.

To the foregoing end, the fear-centered intuition of the poor Ghanaian may cross paths with Mahama’s NDC 2020 presidential agenda; in which case we can also expect to see the coincidence of those struggling Ghanaians’ economic interests and that of the NDC’s political strategies. This simply presupposes that using exaggerated fears and tribal tensions may be effective for NDC in the upcoming elections; and that is what Nana Addo and his able-bodied crew must strive to counteract this fear factor and take it off the national discourse’s table.

In short, the Mahama-hijacked NDC has been trying to do two main things to get the struggling Ghanaian masses vote against their own economic interests: Number one is to make Ghanaians believe that insecurity is lurking all over in Ghana under the current government; and two, that the best government/person to quash this looming insecurities is to support the so-called second—as a matter of fact—the third coming of former President Mahama. Thus, if the number one trick materialized, then the number two tactics become relatively easy to attain. It is because if the narrative has been that Mr. Mahama and his followers are the only ones capable of understanding all the threats in Ghana today, then Ghanaians should vote for the NDC regardless, in that he may be the “right” person with the solutions to the manufactured threats.

Bernard Asubonteng is a US-based writer and a Ph.D. candidate for public/foreign policy