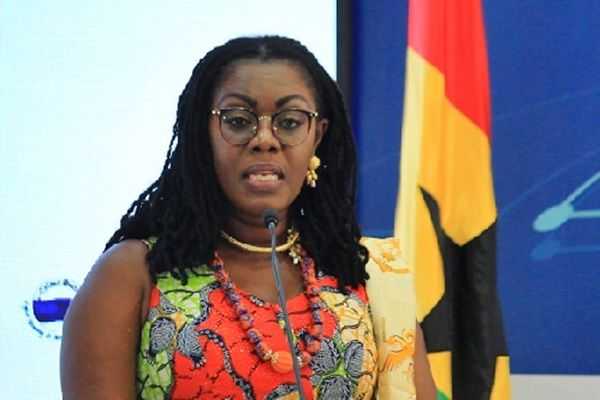 I had a call around 1.15 p.m. last Monday. It was my subordinate, a national service person. On the phone, her voice was shaking. What is it? I quizzed. “Somebody has withdrawn all my money from my MoMo account”. Curious, I asked how.
Then she told me a call came through and a male voice on the other side started educating her on how she can prevent fraudsters from demanding money from her account. She was then asked to enter a code to secure her account. Apparently, that code, 381, was the exact amount she had in her MoMo account. A message then appeared shortly after and it indicated that she had paid a bill.

I felt very sorry for her and wondered how she allowed herself to be swindled in such a manner. I asked her to report to the call centre of the network she was on and she did. Apparently, the fraudster, according to the call centre she could access, had earlier in the day been able to swindle four or more other people using the same number and trick. The lady from my office was told that the number will be deactivated but the promise became one of the many told other victims without action.

I personally made other calls among other things just to soothe the pain of the poor lady who was preparing to share money with her sister who needed just GH¢120 to buy a pamphlet at school, but, all that I was told was “we are sorry about that”. So vain a response, I wonder what such a lame response will do the victims of a similar crime.

This is a story of hundreds of unsuspecting mobile money customers who for convenience, have chosen to have mobile money accounts for various transactions. These telcos advertise heavily, as they convince the public to use their mobile money wallets instead of cash. However, after taking their commission on which they do not pay taxes, they fail woefully to protect their customers.

MoMo as it’s called is an electronic wallet service which allows users to store, send and receive money using their mobile device under financial regulation.

It’s also a virtual wallet which stores all the contents in digitised format which allows easy payments and other money-related transactions.

It can hold not only money but also coupons, loyalty points, value and membership cards. It provides support for financial services such as payments, transferring money, paying for goods and services using mobile device.

These among other things are the reasons why many are using the service to make life easier for them at all times.

Fraudsters and the telcos

Good as this service is, many registered merchants of some of the telcos, particularly those with the biggest subscriber numbers, have found it an opportunity to rob many unsuspecting customers of their money. When customers use their service, they closely take into account the amount in one’s wallet and eventually track the customers with text messages and calls. Those who do not know much about these tricks fall victim to the crime and their option is to cry in silence. One Kayayoo who buys foodstuffs for some of the ladies in my office once cried uncontrollably after she fell victim to one such crime. All the money sent to her to buy foodstuffs including what she had saved in her wallet over weeks was also taken.

With this story, I took to the streets to find out from some hawkers how this service aids their work. Interestingly, one out of every three had fallen victim to this criminal act that happens on a daily basis. One told me there is a particular number which ‘haunted’ him and his friends for many weeks. Whenever he and his friends reported to the call centres, they are told the number will be deactivated but that never happens.

It has become increasingly evident that these telcos on whose network these fraudulent activities happen careless about the pain caused to the hundreds of MoMo fraud victims they call their customers. This is because, judging from the contradicting responses from some of the staff in their call centres and people within higher management, it is clear that the criminal activities of some of their merchants are considered as ‘just one of those things’.

Knowing how loud these telcos are, one would have expected that, on a daily basis, they will compile the names and numbers of their merchants they claim to have deactivated from their networks and make that public for people to know the criminals. Unfortunately, after apologising and pretending to stop the numbers used for the crime, they go to sleep.

This attitude by some of the telcos is not only most unfortunate but completely unacceptable and regrettable, particularly at a time when many are being encouraged to sign up to the mobile money service. It is evident that the telcos, the ones whose network is used most, are more concerned about keeping a larger subscriber base to maintain their market share than care about the ordinary man or woman who for no fault of theirs, are robbed off their hard-earned cash with careless abandon.

Early this year, the Minister of Communications, Mrs Ursula Owusu-Ekuful, directed that with effect from next year, all subscribers are to register their SIMs again to enable the telcos have a proper identity of their subscribers. One of the many reasons for that action was to help check such fraud in the system which some of the telcos careless about.

When the announcement was made, some telcos, through their chamber, attempted to resist that directive with some excuses. However, what look like deliberate inaction when their own customers are robbed, justifies the action by the sector minister. This directive is not only apt but necessary to safeguard the interest of the many poor unsuspecting telecom customers who have found an easy way to rope themselves into the banking system by using mobile money for their day to day activities and even save a part of their hard-earned daily income.

Customer service is not rhetoric. For a customer to be satisfied with a service, it takes more than promotions and rewards. It has become increasingly obvious that some of the telcos in the country only care about winning more subscribers to their fold but do almost nothing to protect them. The huge investments in marketing events among other things is not out of place. However, it also behoves the telcos to be more responsible and care about the same people who they woo to join their networks.

The ministry has the power to call them to order. The telcos should be made to come out with concrete and pragmatic steps to stop this crime because they are capable. The millions of Ghana cedis lost on a daily basis must stop and it can only take another strong directive to compel them to act. Since that is the only language they understand, the ministry, in its proactive manner, must no longer treat the telcos with kid gloves as far as this MoMo fraud is concerned. It has become one too many and the perpetrators are having a field day.

The government’s quest to encourage many people, if not all, to adopt the cashless system of transaction should not be allowed to be thwarted by these telcos whose only motive seem clearly to be profits through fair or any other means. Apologies are not the thing because it soothes no pain when you are robbed.