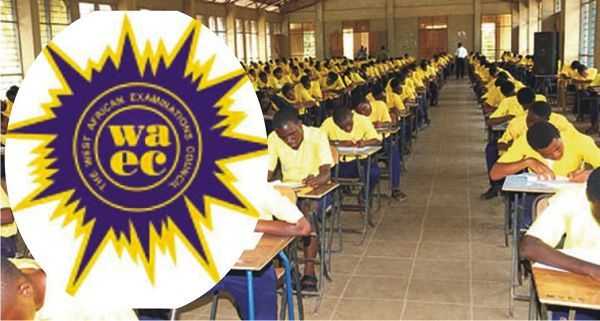 By all standards, anyone who scores seven A1s (7 As) in the West African Senior School Certificate Examination (WASSCE) will be regarded as a very good student.

Indeed, in most schools, prizes are given to students who score eight A1 (8 As) and 7 As.

Sometimes prizes may trickle down and those who score 6 As and 5 As may also be recognised.

Depending on the school, students who score 4 As may not be invited for any award.

Yet, with the present WAEC grading system, which combines best performance in three core subjects, including Mathematics and English, and three elective subjects, a person who scores, for example, four A 1s may be as good as the person who scores 7 As and a B, if the B affects

English or Mathematics. A person who scores 5 As may be way ahead of the one who scores 7 As depending on the combination.

For example, a candidate who scores 7 As and scores only one B3 in English or Core Mathematics will have an aggregate of eight (8) for his best six (6) subjects.

The one who scores five As (5 As) and three B 2s (3 B2s) in the remaining subjects, depending on his performance in English and Mathematics, can have an aggregate of seven and by WAEC standards has performed better than the one with 7 As.

Similarly the one who scores 6 As and two B3s (2 B3s) can still have an aggregate of six (6) and be rated far ahead of the one who had the 7 As.

Unfortunately, the universities seem to endorse and indeed have adopted the WAEC grading system for selection into the various courses of study, so a student who scores for example six A1s (6 As) and two C4s (2 C4s) or even five A1s (5 As) and three B2s (3 Bs), depending on the combination, will be selected ahead of the one who scores 7 As and only one B3 as described above.

In the same vein, a person who scores 4 As and four B2s (4 Bs) can also have an aggregate of eight and stand at the same level as the one who scored 7 As and one B3. This is very demoralising, to say the least.

The system seems to reward technicalities rather than academic excellence.

Truly speaking, English and Mathematics are essential subjects for which students must pass as core subjects, but they should not be the deciding factor in putting someone with 5 As and 3 Bs ahead of someone with 7 As and a B, if the selected course of study in the university is neither a specialisation in English nor Mathematics.

A friend of mine told me of the frustrations he went through before his son, who scored 7 As and one B3, got admission to the course of his choice, although those with grades such as 6As and even 5As had been selected for reasons outlined above.

Under normal circumstances, I believe that no student can ever get 7 As and a B without a sound knowledge of basic English or Mathematics.

A student who scores 7 As and a B is a potential 8 As student. Indeed, not many schools can boast of students scoring 7 As.

WAEC can have their own grading system but the universities can also have their own selection criteria based largely on merit and not technicalities, using students’ performance on their best six subjects, from both the core and elective subjects, while ensuring that they pass in English and Mathematics.