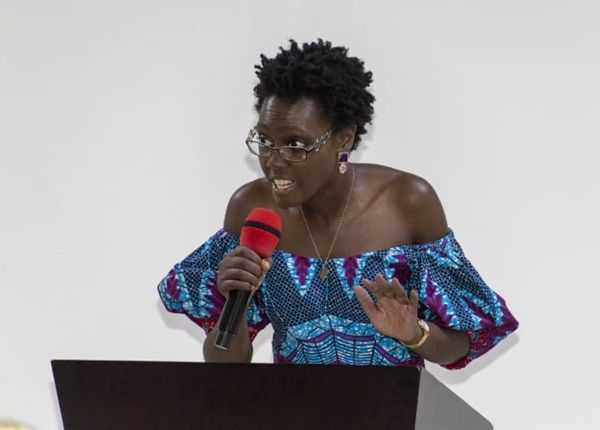 It takes a person with a heroic or warrior spirit to give hope to others, to inspire and motivate others who are enduring pains, depression and huge financial burden because they are battling a chronic disease that she is also suffering from.

The warrior in this case is no other person than Daniella Djan, a South Africa-based Ghanaian author who has set out to inspire and give hope to her fellow lupus patients across Africa and the world.

How It All Started

Ms. Djan was 18 years old at the time she was diagnosed with lupus. That was actually in 2004.

"I was always a sickly child, but not unhappy. Strange things happened to me throughout my childhood that doctors couldn’t quite explain. I had a terrible case of eczema; my nose would constantly need blowing; playground wounds would take long to heal. I saw specialists in East London (Eastern Cape, South Africa), but they had no answers. Something was just not right," Ms. Djan recounted how the disease started on her.

She lost her dad to a car crash at an early age and not sure if the trauma from that may have contributed to her suffering from lupus.

"For a good 25 years I always told people my Dad died when I was six years old purely because I remembered so much about him. Much later I did the math and realized that I was actually four years old when he died," according to her.

"I always had a good memory and am particular with dates. I can even still remember looking at his face in the casket. He looked awful – the make-up artist did a poor job. His face was powdered and stiff. I wish I could erase that memory of him, I wish I wasn’t allowed to see his lifeless face. I always knew him as my handsome, ruddy Daddy," she wrote.

I am not sure if Dad’s passing was a contributing factor to my illness. Mama seems to think so. Research also shows that trauma or stress seems to aggravate the illness, Ms. Djan says.

"We were all sent to boarding school when I was nine years old, in Grade 4. My brothers attended Dale College in King Williams Town, and my sister and I attended Victoria Girls’ School in Grahamstown."

"The illness lay dormant for a few years, only rearing its ugly head intermittently," she says.

"When I was 12 I suddenly had this fear that I was dying. My hair was falling out and I had perpetual flu symptoms. I spoke to my class teacher at the time, Mrs Lindsay Abrahams. She was my favourite teacher and her response to my question: “Do I have cancer?” made me love her all the more. She sat me down and told me that that was a valid question and that she was glad I had the courage to ask her. She explained that it was the treatment of cancer that caused people’s hair to fall out. She assured me that everything was going to be okay."

Systemic Lupus Erythematosus (SLE - commonly known as lupus), is a chronic disease without a known cause and no cure.

Being diagnosed with this condition is
disheartening and there are no words to describe the feeling of being helpless because you are diagnosed with a disease that you have never heard of or read about, says S'Kay Magagane, author and co-founder of Lupus Foundation of South Africa.

The Lupus Foundation of America estimates that 1.5 million Americans, and at least five million people worldwide, have a form of lupus.

Lupus affects nine times more women of childbearing age than men and it is considered as an emerging threat to African women and girls.

A University of Ghana report reveal that there was a total of 134 lupus patients diagnosed between January 2014 and January 2017 in Ghana.

The disease is believed to be severed among persons of African descent.

She says there was an increasing trend in lupus in Ghana, revealing that on a weekly basis a total of six persons were being diagnosed with lupus in Korle Bu.


Persons between the ages of 15 to 44 years, she says, are more vulnerable to lupus.

The book, a memoir, is about living and yet thriving with lupus.

In this memoir, Ms. Djan takes readers on her riveting journey of overcoming the seemingly insurmountable challenges that come with living with this invisible, incurable disease.

Centered on her experiences of living with
lupus, the book highlights the universal theme of
hope, courage, and taking the
crazy moments of life with a pinch of salt.

Ms. Djan suffered a mental disorder as a result of the lupus.

Ms. Djan had the desire of becoming a doctor because three of her older siblings were already in the medical field.

But that was never meant to be with her diagnosis of lupus disease.

"But from 2004 my opinion quickly changed. The reality is that over the last 14 years, I have been in and out of hospitals, tasted tasteless hospital food, fought with doctors, specialists and nurses and wailed, screamed and cussed at them and everybody else. I know the smell of ‘sick,' she wrote.

"I know it painfully well. I know the agony my body has endured and how my mind has been pillaged," she says.

Ms. Djan wept intermittently as she narrated her painful and depressive journey with lupus over the years, at the launch of the book in Accra.

"Like every difficult experience, lupus changed me. I wish I had the resources, the support and information to have better handled it in the past," she says.

Not every person would want to come public about their medical condition and tell others about what to do when they find themselves in similar conditions.

"Stories can be powerful tools to motivate, challenge and inspire someone bewildered by a diagnosis that feels like a death sentence," Ms. Djan justified why she decided to speak publicly about lupus.

To the five million people suffering from lupus worldwide; their affected friends and families; all medical personnel; and to all the newly diagnosed lupus patients: I was a clueless 18 year old when I was diagnosed, she wrote.

"I am certain that this book will give you what I so desperately lacked: insight, information, the heart and strength to overcome, wisdom that empowers, and HOPE."

According to Dr. Dey, with early diagnosis, the chances of living a normal life is 90 percent.

About 48% of lupus patients, she says die annually in Ghana due to improper treatment, and late diagnosis.

She says lupus is not curable but could be managed very well.

Dr. Dey called for the need to ensure that patients have proper treatment.

"The cost of diagnosing and treatment is really expensive," she says, bemoaning that a lot patients do not return to the hospital when they are given the cost of lab because they cannot afford it.

On the National Health Insurance Scheme, she says even basic medications are not made available to lupus patients, something she feels is unfortunate and challenging.

Some patients, she says, spends on average GH¢ 3,000 for just a single medication to keep the immune system working.

Ms. Djan's book is on sale at the Oak Plaza Hotel. 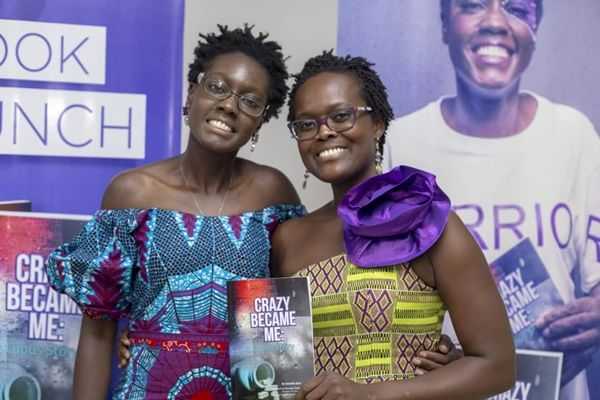