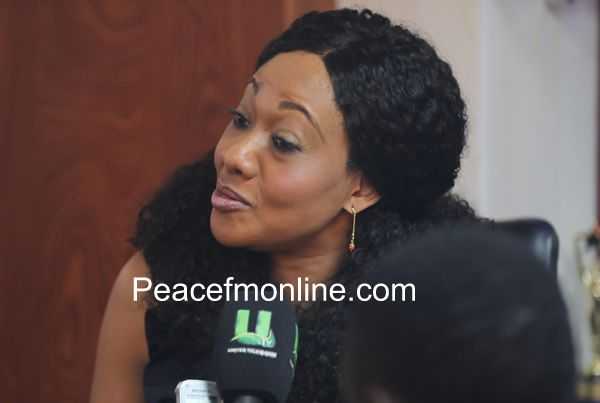 In the interest of transparency and good governance, kindly make public or share with the political parties the reports from your consultants that recommended to you that the EC must produce a new register. So far every claim about the existing register being unfit for purpose is only coming from the mouth of your good self and some of your officials. We are not obligated to trust your word.

Much of the controversy surrounding your decision to procure and produce new voters' register can be resolved if we the citizens are respected enough and given the said report to evaluate ourselves. Don't we deserve to be given an opportunity to appreciate the enormity of the problems you seek to address? Carry the nation along, don't dictate to the nation.

In releasing the report, please ensure that we are equally informed about the processes used to produce the consultants as well as the cost or amounts paid to them. We will also be interested in knowing more about the methods the consultants used, and whether their report has been reviewed by other experts in the field for validation purposes. It will be helpful if you will also include a note on the extent of your consultation and deliberation with the political parties on the issue as has always been the practice.

Given that the existing register has been used recently for three major elections since 2016, I am sure you will understand why citizens will also be interested in knowing when you first had the recommendations to produce a new voters' register. This is because your claim of the current register being obsolete has implications for the legitimacy of the president, members of parliament, the recently elected Assembly members across the country, and of course for the newly created regions.

I have followed your work at Institute of Economic Affairs (IEA) where you persistently demanded accountability and transparency from governments and state institutions. To that extent, this request is following in the line of your quest for transparency except that this time round you are the one to honour to call.

I hope you will not leave the nation with the impression that your work at IEA was more about politics of convenience rather promoting principled positions. Already there is a sense emanating from your utterances and posturing which displays intolerance, condescending, and dismissiveness in contrast to the fine principles you espoused at IEA. I will appreciate a comment on whether you still believe in Jean Mensa's IEA.

A recent US State Department Report (2018) suggests that you and your colleagues were appointed to the EC to guarantee an Akuffo Addo second term. I don't know what you make of this claim but it speaks volumes about your credibility and trustworthiness. Unfortunately, your utterances and the general posturing of the EC including decisions around transfer and reassignment of existing staff in your outfit appear to give credence the claim. I am worried for your legacy following the remarkable performance of your two predecessors.

Let me end in the firm conviction that you will have the courage to prove the septics wrong by submitting the consultants' reports to the public, and be opened and accommodating enough to embrace the debates it will generate. Let's get to the bottom of all the issues in the interest of transparency.