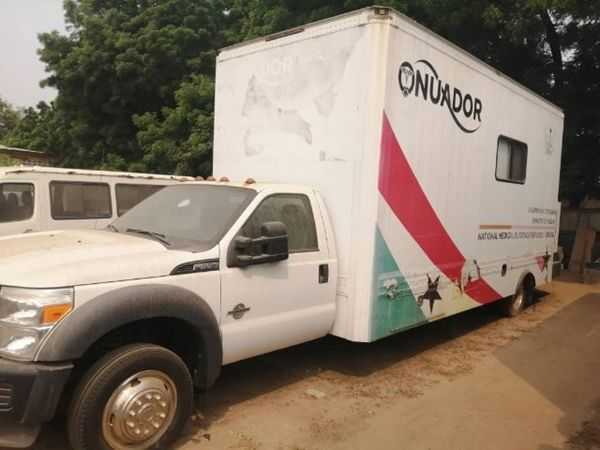 Besotted by the success chalked by the Akufo-Addo administration in the delivery of the 307 ambulances which were unveiled and distributed today at the Independence Square, opposition MPs sought to deflate the event with a storyline that is more comical than stories watched on Comedy Central.

Kwabena Mintah-Akandoh, at a press conference, chastised the Akufo-Addo administration for neglecting some 8 mobile vans that supplied some basic needs in the hinterlands.

The vehicles which were imported into the country in 2014 have been parked at the Korle-Bu Teaching Hospital for some time now.

Akandoh opines that the neglect of these vans to 'rot' tacitly depicts the Akufo-Addo government's unwillingness to tackle the healthcare needs of the people. He describes this as insensitive and has called on the administration to put the vans back on the road in two weeks.

As already indicated, the NDC is pained by the fulfilment of the One Constituency, One Ambulance promise and seeks to obfuscate that colourful event with a story not fit for the airwaves.

Mention has to be made of the fact that the spare parts are not readily available on the market. The company that supplied these vans to the then administration is untraceable to assist the Health Ministry to repair them and use same.

Why would anybody park these vans if they were in good shapes or could be repaired?

Kwabena Mintah-Akandoh and his team should supply the Health Ministry with information about the one they purchased these cars from. Until they do that, they should keep quiet!