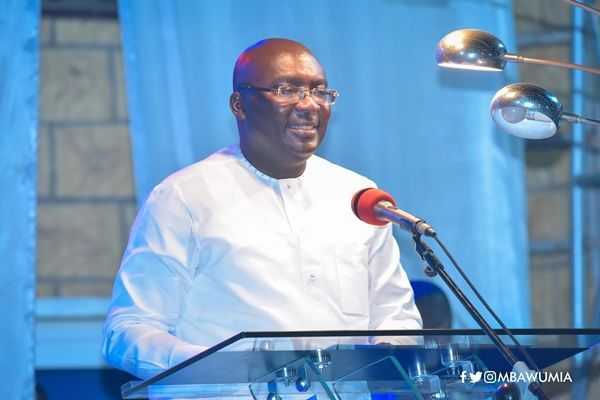 He is the Vice-President in recent memory that one cannot wish away in this our Republic. Dr Mahamudu Bawumia, Vice-President in the current government, was once again in his best elements last Tuesday with country, kinsmen and women on his mind.

Dr Bawumia was speaking at the government’s Town Hall meeting and Results Fair in the Ashanti Regional capital, Kumasi. He went to the fair to account to the entire people of Ghana, his government’s fulfilled or yet to be fulfilled promises.

From the A to Z of their manifesto promises and on topics from the economy through to education, health, to agriculture, industry, jobs, foreign policy, electricity, water, the banking sector and many others, the Vice-President did what he does best as the great communicator that he is.

He was on point with his message, commanded interest, succeeded in drawing his audience’s attention and for the over two hours that he was on his feet, he got me spellbound, glued to my radio and later my television set. I did not want to miss his delivery for anything else.


His message of the day was a serious one and he made sure that being on top of issues, he brought every bit of it alive.

As he went through his delivery with a body language that said it all, his modest smiles and similes were graciously applied. Going through the government’s tick-off list, he took cognisance of where he was standing, his immediate audience and quickly connected where necessary by using the Twi language to illustrate some of his points. That he is an effective communicator who succeeds in carrying his audience with him is in no doubt.

In our current dispensation, he is a great asset to his party, particularly as they head towards the competitive December general election.

Dr Bawumia’s recounted list of achievements and what is in the pipeline are for the people to judge. However, for me as a citizen and not a spectator, what perhaps excited me most was his delivery on the banking crises.

I had never had the reality of the situation that confronted the Bank of Ghana (BoG) and for that matter the financial industry so well explained as he did. He juxtaposed the action taken by the BoG with the crises that could have accosted the nation in terms of credibility in the banking sector, job losses and total investment losses should the BOG not have taken the bold step to clean up the mess.

The icing on the cake for investors who have been caught in the web of the financial sector crises was the Vice-President’s assurance last Tuesday that no one would lose his or her investment. Though yet to be fulfilled, it was great news, especially coming on the heels of a recent promise by President Nana Addo Dankwa Akufo-Addo that every investor would be paid their locked-up investment.

Dr Bawumia in his delivery in Kumasi emphasised that each investor would be paid the full amount saved at the time of the collapse. He went on to explain that the government had asked the receiver of the collapsed banks to speed up the validation process for payments to be effected.

My heart was lifted up and one is inclined to believe that many others who have had their investments locked up for a year or more would rejoice at the news.

On January 4, 2020, this same frustration of locked up investments in collapsed financial institutions was on my mind when I had cause to write an “open letter” to the receiver in my column in the Daily Graphic.

In the “open letter” entitled: “Best New Year gift to consider”, I appealed to the receiver to add to his list of considerations and pay off locked-up investments of all senior citizens as a matter of priority. Most of them had faith in the regulated financial institutions and, therefore, entrusted their life savings in the investment instruments that were available. They took decisions for their money to work for them in retirement.

The waiting period has been treacherous and far too long for depositors. Hearts have been broken and disappointments and grief have taken over. The Vice-President has, however, reiterated the President’s words and assured all investors that not a pesewa of their locked-up investment would be lost.

Now hope was rekindled last Tuesday and suffering investors would be counting the days thanks to the Bawumia factor.