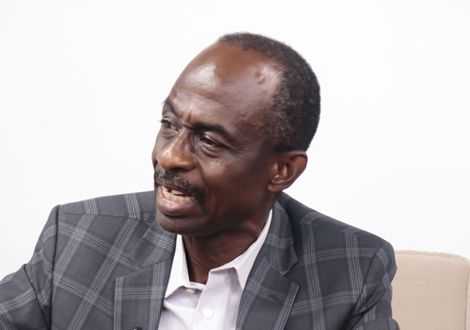 It is high time the leadership of the opposition NDC was spanked in the cheeks in order to jolt them from the wonderland they appear to be living.

One struggles to assimilate the kind of politics they make when issues they raise are poles apart from the truth.

It is a truism that in this enterprise called politics, a little bit of sensationalism adds spices to the message to the masses, but when same is seen to be incongruous with logical reasoning, it is worrying.

Johnson Asiedu Nketia, in a press statement has accused President Akufo-Addo of vindictiveness and nepotistic totalitarianism on the basis that Raymond Archer's Color Planet Ltd was razed down by the Ghana Trade Fair Company, this, Asiedu Nketia insists, was politically motivated.

The Member of Parliament for Effutu, Alexander Kwamena Afenyo-Markin, who was operating some offices from the same area, also had his offices razed down.

This is another classic case of Kwasea Bi Nti logic. He is Raymond Archer of the NDC so he is above the law but Afenyo-Markin must be dealt with by the laws of the country?

This drowsily surrealistic fog that has enveloped the common sense of some of these NDC leaders must be a worry to well meaning Ghanaians. Asiedu Nketia must work on his logical reasoning.