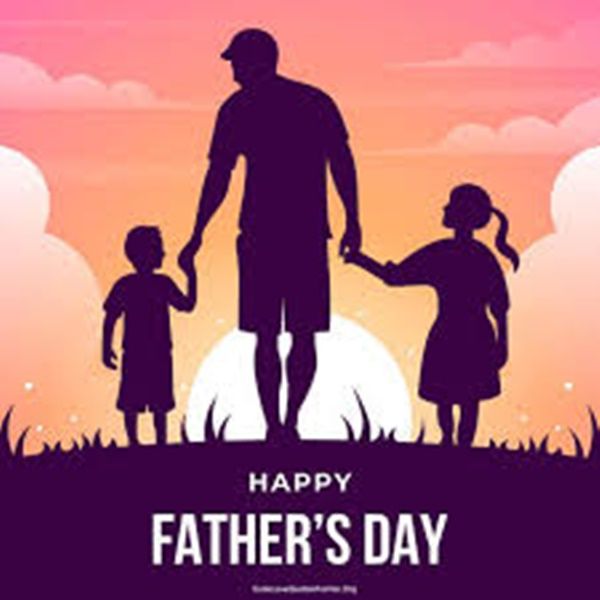 Sunday 21st June 2020 was observed as Father’s Day in Ghana. The day also saw the President’s twelfth address to the Nation on COVID-19.

Until a few years back, Fathers’ Day was unknown. Equally unknown was Mothers’ Day.

However, in recent times both have emerged as new socially engineered creations fueled by the aggressive marketing Valentine’s Day has had.

What are Mothers’ Day and Fathers’ Day, and what is their purpose?

Fathers’ Day was created by an American lady Sonora Smart Dodd (1882-1978.) She was the daughter of a black American Civil War veteran William Johnson Smart. Her purpose for creating Fathers’ Day was to honour men having admired her widower father bring them up single-handedly.

She saw him as a role model.

When Sonora was 16, her mother died at the childbirth of her sixth child. Being the oldest and only girl, Sonora shared the upbringing responsibilities of her siblings with her father. She admired and held him in very high esteem.

When she heard a sermon on the newly created Mothers’ Day in 1908 to honour mothers, she decided to create a Fathers’ Day to honour fathers. So on 19th June 1910, the first Fathers’ Day was held.

Like Mothers’ Day for mothers, Fathers’ Day was designed to honour not only biological fathers, but also father figures and paternal bonds. However, with the outbreak of the First World War in 1914, all thoughts of celebrations died away.

In some countries there are official National Awards and Honours Day annually. Additionally, some countries I have visited have “Heroes Acres” which are the final resting places for heroes/heroines.

Sometimes I wonder if we as Ghanaians appreciate the sacrifices our compatriots make, and show appreciation and honour them. In any case, what are the qualities a father must have?

Biblically, a father is enjoined to provide for and protect his family. This leadership role conferred on fathers means that they must have the qualities of a leader. These include having knowledge and being courageous both morally and physically. A father must also be loyal and must have vision. All these qualities must be buttressed by integrity.

TV 3 News on the night of Fathers’ Day aired the touching story of a lady with a child with cerebral palsy honouring her husband. She said her first husband and father of her child abandoned her and the child because of the child’s condition. Subsequently, many men who expressed interest in her did not return after the first visit to her house on seeing the child.

However, she was shocked when her taxi-driver friend came to her house and instantly took to her sick child. Later they got married and now have a two year old daughter.

She had therefore decided to go public in honouring her husband as an outstanding father.

Of the nine UN Secretary-Generals the world has had so far, Ghana produced the seventh, HE Kofi Annan. He has been honoured with Ghana’s foremost peacekeeping training Centre named after him. Again, an ICT Centre has been named after him in Accra.

In terms of UN peacekeeping, Ghana has carved a niche for herself as one of the world’s foremost nations since her debut in the then Belgian Congo, now DRC in 1961. It may be said that, the appointment of Lt Gen EA Erskine as the first black Force Commander brought Ghana into greater prominence on the international peacekeeping map. He set up the UN interim Force in Lebanon (UNIFIL) from scratch. He is a recipient of the national award of a Grand Medal.

Azumah Nelson is the only African boxer who has been inducted into the World Boxing Council’s International Hall of Fame. The “Professor” as he is affectionately called, is not only a great professional boxer, but also a paragon of humility and a father figure serving as a role model for Ghanaians.

The Kaneshie Sports Complex has been named after him.

In all the examples given above, Kofi Annan, Gen Erskine and Azumah played their roles as professionals and also as father figures and role models.

Having discussed the few high profile personalities, a question one would ask again is, do recognition, praise and honour go across board covering all fields like sports, broadcasting, the Military etc as happens elsewhere? Commendable is the Farmers and Fishers Day on the first Friday of every year and so is that for Teachers.

However, there is room for improvement in our recognition of merit and effort and rewarding by honouring deserving Ghanaians.

Probably, following the example of what successful aggressive marketing has brought to Valentine’s Day in Ghana, similar efforts are being made to bring to the fore Fathers’ Day and Mothers’ Day. The third Sunday of June, 21st June 2020 was celebrated as Fathers’ Day on a rather low key. The aim was to honour fathers and father figures whose example is considered worth emulating by the younger generation

Finally, while honour  may be bestowed through a commerce-driven approach as Valentine’s Day has become, probably a more positive way will be to develop a culture that recognises, appreciates, praises and honours Ghanaians both male and female who perform outstandingly.