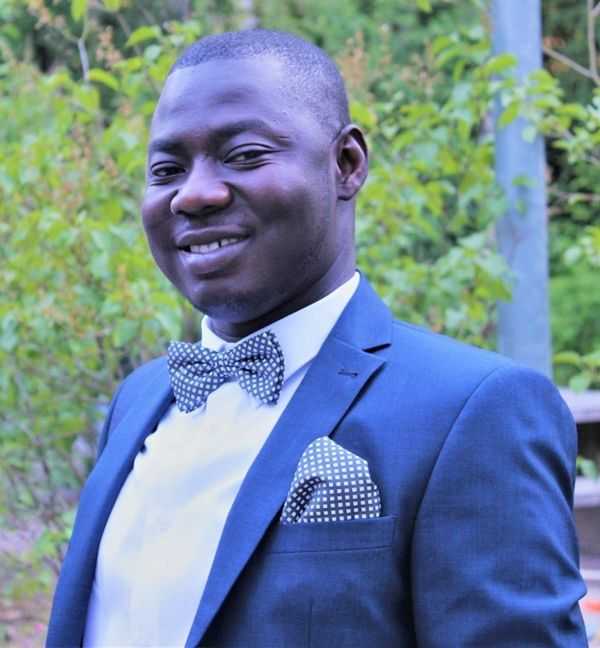 Many will agree with me the term amicus curiae brief became popular in Ghana in the 2012 election petition when the Supreme Court unanimously dismissed an application for amicus curiae, filed by Lawyer Benoni Tony Amekudzi, which sought to argue that it was unlawful for the NPP to join John Mahama to the law suit because he was a sitting president. The court rejected the application by indicating that John Mahama had been sued as a candidate who had benefit from a supposedly fraudulent election. It is important to note that Lawyer Amekudzi was in court to draw the court’s attention to a constitutional provision which he thought the court had not averted its mind to.

What is amicus curiae? Literally, amicus curiae is a "friend of the court" and amicus curiae brief is a document filed by an individual or organization to present arguments in addition to those presented by the immediate parties to a case.  Normally, a person or group who is not a party to a lawsuit, but has a strong interest in the matter, will petition the court for permission to submit a brief in the action with the intent of providing expert opinion, or providing relevant information missing in the statements of claim or defence of the litigants or averting the mind of the court to a relevant legislation the court or the parties may have overlooked.

With this basic knowledge let’s interrogate the brief filed by Imani and the other Civil Society Organizations (CSOs) vis-à-vis the grounds for rejection of the application.

It is instructive to note that the court rejected the application simply because the amicus brief was not supported by law.

Imani failed to draw the court’s attention to any law or decision that appears to have been overlooked by the parties in the case. When Chief Justice Anin Yeboah asked lawyer Joe Aboagye Debrah whether he had read the two cases pending at the Apex court, he responded that he had not read. Is it not surprising to any sane mind how Imani was able to reach a conclusion that they can add something new to the court if they had not read the writ? All hail franklin Cudjoe and his friends, the new magicians in town. This was a joke!!!

Imani failed to demonstrate any expertise in law or regarding the matter pending to merit audience in the case. This is a matter that borders on legal interpretation and the Supreme Court has the primary and final jurisdiction. So, how on earth do you submit an amicus brief without reference to any relevant legislation or facts missing in the writs submitted by the litigants? As a CSO which has opinion on every issue but expertise on none, what sort of expert opinion were they seeking to express at the Supreme Court?

Imani lacked the neutral identity expected of an amicus curiae in order to submit a brief. It is a fact that for a person to submit a curiae brief, you must be an interested party. It is your interest in the case that would move you to submit the application in the first place. However, it is unacceptable to appear as a friend of a party in the litigation disguising yourself as friend of the court. An amicus curiae is more or less an intervener, an impartial adviser to a court of law in a particular case. What was the meaning of that trick? Was it a case of an overhyped goat thinking it can outrun and escape from a lion?

We must recognize that the court is not deaf to happenings in its environment. The court takes cognizance of comments of people outside the court. This explains why some individuals including Sammi Awuku, Ken Kuranchie, Sir John and Atubiga were found to be contempt of the Supreme Court because of their comments outside the court.

The court was aware of the position and utterances of the CSOs so for them to cloak themselves as friends of the court was extremely disingenuous. For all intents and purposes, Imani and the other CSOs had not gone to the court to assist it with any new information useful in determining the matter but rather to support a side.

I find it quite disturbing to read arguments from Prof ‘‘Azar’’ and Prof. H.K Nketia which sought to suggest that the issue of neutrality of an amicus curiae is alien. I am convinced Justice Baffoe Bonie was right in directing the CSOs to rather join the case or submit the so-called arsenals or relevant information they have to the party they support.

I have always advised that we should be mindful of some of these CSOs and the way the media gives them so much opportunity to sometimes express their pedestrian views as if they are experts and are embodiment of knowledge in all fields from archaeology to medicine.

Franklin Cudjoe and Bright Simons made so much noise in the media that the Electoral Commission had no right and justification for compiling a new voters’ register yet they were afraid to take the matter to court. They knew it was going to be a Sisyphusian task to convince the Supreme Court with their hollow arguments so they sought to engage in populist gimmicks.  We entertain too much empty noise in Ghana.

I wish the Supreme Court had sanctioned Imani and the other CSOs to deter others from treating the apex court as some kind of an amphitheatre for comedy. I thought the Amekudzi amicus curiae joke in 2013 was enough. With all said, I feel very sad for lawyer Joe Aboagye Debrah. He is a fine, brilliant Lawyer. He didn’t deserve this. Unfortunately, a client with a bad case has a way of subjecting an experienced lawyer to public ridicule. I hope somebody has learnt a lesson.

Were you surprised about the speed with which Asiedu Nketia spoke with the Media? The truth is, Asiedu Nketia is not happy with Mr Koku Anyidoho for his utterances in the media in recent times. Yes, seriously. Hm…Asiedu Nketia has become so petty and jealous of Koku Anyidoho to the extent that he was willing to go every extent to take the comfortable lead tittle from Koku. Hurray…let’s welcome General Mosquito, the new King of comfortable lead. You can laugh again!!  But on a more serious note, I disagree with those who have subjected the NDC General Secretary to ridicule thinking he misunderstood the verdict. What Asiedu Nketia did was a calculated grand scheme to create unnecessary chaos. The NDC is not comfortable with the compilation of a new voters’ register and have decided to go every length to disrupt or stall the process no matter how ludicrous and farcical it will appear in the sight of right thinking Ghanaians. Didn’t you see the tenacity and confidence with which he spoke about their comfortable lead? Even legal aficionados who had read the statement of claim and the reliefs of the NDC and were sure the NDC didn’t have any strong argument intelligent enough to convince the Supreme Court were thrown off balance by the sheer bravado of Asiedu Nketia.

Did you see how Abraham Amaliba and Edudzi Tamakloe both NDC lawyers who are supposed to know better were standing behind the general secretary nodding their heads like agama lizards in support of such ignorance, lies, misinformation and misreporting instead of correcting him? They knew what they were doing.  I agree with those who say the journalists should have spoken to the lawyers instead of Asiedu Nketia. However, I do not think they would have said anything different from what General Mosquito said. They had rehearsed the same statement.

As for the Facebook President, Mr John Mahama, the least said about him the better. He now behaves like a lousy boxer who has been dealt a hefty blow. Ntase ntase akye no. He struggled to make any sense in his press briefing after the Supreme Court verdict. His attempts to incite people against the Electoral Commission and the hardworking government of Nana Akufo-Addo will not wash.

Indubitably, John Mahama and his NDC are setting the agenda to discredit the impending general election with the view to legitimizing their future post-election misbehaviour. Ghanaians should not treat such a devilish agenda against the peace of the country as some form of joke and laugh it off. We will resist any attempt by any dead goat to resurrect to disturb the peace of the country.

The Supreme Court has spoken and the verdict is unambiguous. The EC is ready to ensure all qualified Ghanaians are registered. Remember you have the right to vote but you have responsibility to register before you can enjoy such right. Let us be citizens, follow the necessary COVID-19 protocols and join the queue to register to vote. Elections belong you. It's your decision. But if you decide to turn your back on the fire and burn your behinds, then you will just have to sit on your blisters.