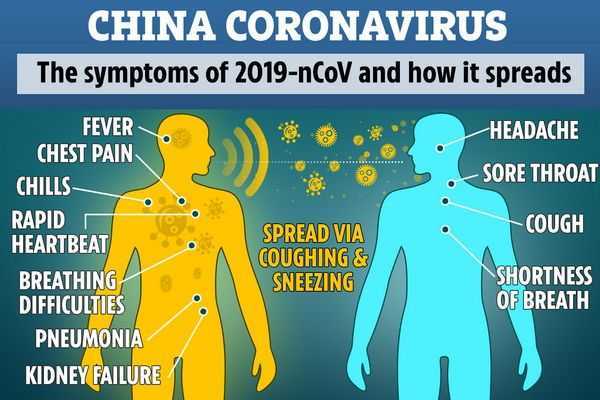 It is a fact of life that in any situation – generally seen as good or bad, there are winners and losers.An easy example is dumsor, the frequent blackouts due to power outages.

The prolonged dumsor periods of 2004-2005 and 2009-2011 were profitable “cocoa seasons” for dealers in power generators and inverters.

So, while most people in Ghana wailed and gnashed their teeth in the darkness, traders in the generator sector danced their way to the bank.

Similarly, the Bible passage that says death shall be no more must be every coffin maker’s nightmare.
So, COVID-19 has created its own winners and losers.

1.  God. The Almighty has been acknowledged in prose, verse, song and video as both the source and cure for COVID-19.

Widely acknowledged as a religious nation, it comes as no surprise that in Ghana, God takes centre stage in many people’s consciousness about COVID-19.

To some, God stands accused, to others God is vindicated.
2.  Science. The same as people see the divine hand in this matter, science has come into its own in Ghana as never before.

One phrase COVID-19 has popularised is “follow the science”, and that is what we are all apparently doing washing our hands, scrubbing with sanitizer and wearing masks, to different degrees.

Science can be invoked by everybody for everything. In imposing and revoking the lockdown, our President said he was following the science.

3.  The President of Ghana. Crisis calls for resolute leadership and throughout history, the best qualities of leaders rise to the fore in times of stress.

Winston Churchill is forever tied to the Second World War and John F. Kennedy is remembered for his handling of the Cuban Missile Crisis.

Ironically, Fidel Castro of Cuba is remembered for the Bay of Pigs invasion during which the US tried to overthrow Castro’s government.

During this COVID-19 crisis, President Akufo-Addo has marched at the head of the nation as the Commander-in-Chief. Historians will say, this was his finest hour.

His cancellation of the lockdown order remains controversial and may determine his eventual dance with history in this matter. But so far, so good.

Since Covid morphed from a local Wuhan problem into a global pandemic, the world has largely moved seamlessly online.

Church services, conferences, workshops and all kinds of events have taken place online.

When the Presbyterian Church of Ghana organised a national communion service online, I knew there was no turning back!

This “culture” reached absurd limits in the 1970s and 80s when workers were made to go to work every morning when transport was almost nonexistent because of fuel shortages. COVID has shown us that many people can work from home. This culture, if refined, can save us a lot of fuel and travel time.

I am not sure whether Ghanaian bosses will embrace it; for some of them, it is power before efficiency.

6.  Conspiracy theories. If you have never considered it, this is the time to try your hand as a full-time conspiracy theorist. The sector is in full bloom.

Honestly, Ghana has never been fertile grounds for conspiracies because we normally know who did it. Yep, it is the local witch.

But this disease came from China, generally regarded as too far for our local witches to travel. So, with that out of the way, we have embraced conspiracies with a gusto.

We have the Wuhan lab theory; the Bill Gates connection; the 5G suspicion; the American military allegation and of course, God stands accused.

Of course, where there are winners, we find losers too. The frontline losers include:

1.  Men of God. Strange as it is, while God tops the winners’ category, prophets, prelates, patriarchs and other religious potentates collectively known as the men of God have not had a good Covid.

They have been lampooned on social media for seeing the results of the coming December 2020 elections but not the arrival COVID-19 at the end of last year.

As someone quipped, they are waiting for COVID-19 to go away so they can start healing the sick.

2.  Buildings. We have suddenly realised that buildings are not all they are cracked up to be. Indeed, we have seen that we really don’t need buildings such as offices, chapels, mosques, and dare we say, cathedrals, to function.

The discovery of working from home as a viable and efficient option has reduced the value of offices and perhaps the cost of office space.

Now, young entrepreneurs whose efforts are being obstructed by high office costs can now dispense with offices on their way to becoming the next Bill Gates.

3.  Fake news. The term” fake news” lies in the mouth of the accuser. If you hate any piece of news you label it “fake news”.
This strategy has been tried and tested by US President Trump, who deploys it when he has no answers to nagging questions.

However, in this Covid era, real, genuine fake news has not had a good press.

Even our President, who usually ponders his options in a lawyerly manner before condemning anything, has lashed out at fake news. Poor fake news.

4.  COVID-19 “experts”. As with football where we have 30 million coaches, we now have an equal number of COVID- 19 experts in the country.

You can’t turn anywhere, especially on social media without stepping on the protruding toe of a COVID-19 expert!

My favourite expert is the guy who recommended on social media a combination of palm kernel and salt as a cure for COVID-19.

Precisely, he recommends three kernels – representing Father, Son and Holy Ghost, and a pinch of salt.

He doesn’t explain what the salt stands for, so, maybe we ought to take his prescription with a pinch of salt.