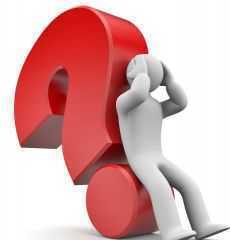 Last year a young wife saw many tell-tale signs that her husband was cheating. For example, even though the pack of condoms in the house kept diminishing, she never had her turn.

She got bitter and decided to pay back her husband’s infidelity. One day she intentionally dresses good and provocatively.

Her husband bit the bait and later in the evening when he decided to do the ‘moon walk’ the wife took a blade she had hidden under her pillow and inflicted deep wounds on the man’s genitals.

As the man screamed and was being rushed to the hospital the wife said afei abo yen nyinaa, to wit, now we have all lost it. To her what she did was a good pay-back.

There was also a case of a young wife who caught her husband in bed with her closest friend. She was hurt and as a payback went to sleep with the husband of this friend.

There is also a case of a young man who found that a neighbour was sleeping with his wife. He went after this man’s mother and slept repeatedly with her.

These are some of the many cases to show that revenge - the action of hurting or harming in return for a wrong suffered - is common.

Why revenge in relationships?

We are not supposed to take revenge on those we love but human nature is selfish and competitive. We think more of what we want and how we achieve our goals. We are tempted to hit back at our lovers who threaten our goals.

We revenge when we feel ignored, cheated, abused or made to look foolish before others. We are tempted to sound a warning that our lovers can’t hurt us and get away with it.

Revenge appears a viable option when we lack healthy options except to win at all cost.

Some common ways of revenge

Revenge is a powerful emotion that leads lovers to do extreme things as they show bitterness, aggression and intolerance.

Some lovers withhold their responsibilities like giving ‘chop’ money. Some use sex as a weapon and some get into infidelity.

Today many Ghanaian women threaten that if their lovers cheat they will also do same. Some partners, as an act of revenge completely ignore their lovers and develop negative biases against them.

In many cases while women show verbal hostility because they are more proficient in words men show physical aggression because they have higher brute strength.

The effect of revenge

Initially revenge may make you feel powerful justified and satisfied. You may feel vindicated to see your lover suffer for the harm done you but soon revenge gives you a feeling of disappointment, sadness, shame and guilt.

Revenge simply puts you into a prison you have built for yourself and ties you more to your past hurts. The effect far outweighs the momentary satisfaction.

With revenge you never achieve a full sense of satisfaction. Instead you hurt yourself more than anyone else. Again your bitterness may spill over to others.

For example an angry husband who sends his wife away may create a bleak future for his children. Revenge then is never sweet because it never heals. It has never been a solution but always the problem.

In the end many lovers develop deep emotional wounds that may lead to separation, divorce or even death. No wonder we hear of cases of men hacking their women to death because their women refused them sex.

Any benefit in revenge?

Revenge takes so much psychic energy that you do it at very great cost to your physical, emotional, mental and spiritual makeup.

God who created us knows this and warns that revenge is for Him to repay. Never play God and do what He says He alone can do.

If your lover offends you leave it to God to decide. You can never correct a wrong act by your lover with wrong acts because two wrongs do not make right.

Sometimes our lovers hurt us to remind us of our imperfections. If you are thinking of revenge the advice is simple; don’t.

Instead of revenge see the difficulties you face as opportunities for personal growth. After you have suffered a while God will make you strong firm and steadfast

Today many lovers glorify revenge and make statements like revenge is sweet or you do me I do you, God no go vex.

Fact, however, is that revenge has no benefit at all; it is always the problem in relationships and never the solution.

Therefore avoid revenge at all cost because it prevents you from seeing the beauty of true love which is about the sacrifices we make for our lovers.

Reject revenge and replace it with forgiveness which is a miracle cure for your relationship. Today when revenge appears to be a popular choice to show strength and power, choose to be different and better.

Create contentment out of every situation in your relationship and be at peace with yourself.

Each day no matter the circumstances say no to revenge because it has no benefits for you and your relationship.