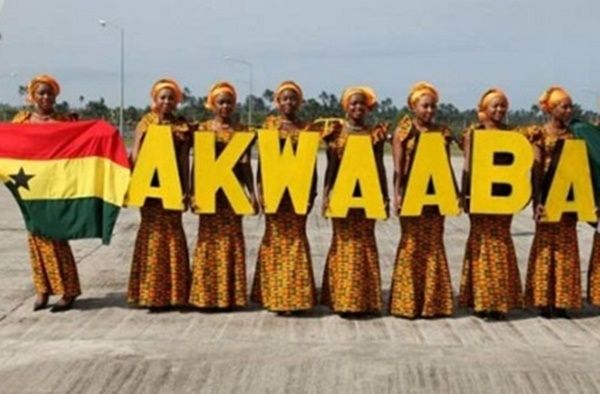 During the week, the Ghana Peace/Christian Councils strongly condemned the stabbing to death of an innocent 28 year old newly graduated trainee teacher who was caught in a cross fire of political violence at Banda Ahenkro in the Bono Region.

This incident reminded me of one of Boxing’s greatest trainers Angelo Dundee. Among the boxing legends he trained are “the Greatest,” Muhammed Ali, Sugar Ray Leonard and George Foreman. Asked how he motivated boxers to the highest levels, he answered “criticism is good, but encouragement is better.”

He explained that, while he criticised his boxers a lot, he encouraged them a lot more. He quickly added that, constant criticism without encouragement only destroys. I find Dundee’s assertion even more relevant in this COVID-19 era in Ghana where we either swim together as a country or drown together.

Unfortunately, Ghanaians appear not to have the patience they have for foreigners, for fellow Ghanaians. While we bend over backwards to please foreigners even if their activities harm us, we are intolerant and quick to criticize our own, often not constructively. Our FM radios and televisions are replete with daily insults hurled by both educated and non-educated Ghanaians of all ages irrespective of status, at fellow Ghanaians.

Ironically, in spite of the malice we dispense so generously, we claim to be a religious people. It is obvious that, we only make a show of religion.

Again, we do not appreciate, praise and reward merit, success and achievement. Meritocracy has thus given way to mediocrity.

The more I think of Angelo Dundee’s dictum, the more I ask questions like below:

Why are we so intolerant and hard on ourselves and see nothing good in one another simply for having a different viewpoint?

Why do we find it so difficult to praise Ghanaians on our achievements, but so easy to find fault and criticize destructively?

Why have disrespect and indiscipline replaced the traditional values of respect for elders and authority?

Why has discipline disappeared?

Do we really want to survive COVID-19 together?

When the interviewer in a radio programme asked a learned man of God what he thought was the strongest attribute of the Ghanaian, he answered “traditional Ghanaian Hospitality.”

Asked who the hospitality was directed at, he said “to foreigners.”

However, he could not convincingly explain why Ghanaians direct hospitality to foreigners but not to compatriots, who only qualify for criticism.

A young lady contributor quoted the old saying “Charity begins at home” and suggested that, if Ghanaians could not be hospitable to fellow Ghanaians but could be to foreigners, then it smacks of hypocrisy, insincerity and dishonesty in our national character. She asked how a people could be so unkind to their countrymen/women but shower kindness on foreigners.

She called for respect for one another as Ghanaians first, above other narrower considerations like ethnicity, religion or politics, and strongly advocated a discontinuation of the culture of insults and violence by Leadership and the led alike if we are to progress as a country.

When asked in an interview in Germany about Ghana’s greatest passion football, a famous ex-international footballer of a sister African country had this as his summary for Ghanaian footballers;

He explained that in spite of all the talent Ghana has produced in football, we have not done as well as one would have thought.

He stated “I know that Ghanaians are so talented and always produce great players. But they always have issues with coming together as a team. I don’t know whether it is ego problems, but the big players seem to fight one another. That is why they are underachievers!”

We are certainly operating below our optimum as a nation not only in football, but in all spheres! As an octogenarian friend puts it, we do things selfishly “with malice aforethought!”

Recently, TV 3 reminded Ghanaians of the painful exit of the Black Stars in the 2010 World Cup in South Africa in 2010 with only seconds away from being the first African country to qualify for the semi-finals. Many non-Ghanaian football lovers I have chatted with attribute this loss to selfishness, ego and indiscipline, and remains on the lips of many Africans. To them, it is not only Ghana’s pain, but Africa’s pain.

Unfortunately, these negatives and violence permeate society everywhere and appear to reflect what is fast becoming our national character.

We need to eat humble pie and relearn the virtues of respect and humility as a nation. We must also remind ourselves of Abraham Lincoln’s famous dictum that, “a nation that does not honour its heroes will not endure long!”

In all human endeavours, Leadership is the most important single factor hence the saying “leadership is cause, the rest is effect!” And leadership is best by example.

Good leaders solve problems, not explain why problems cannot be solved. Angelo Dundee is an example of leadership in boxing.

Our problems of filth, insulting language, road traffic indiscipline and resultant accidents and casualties, and general indiscipline have long outlived their expiry dates and need to be tackled, and not violence for power!

Let us be minded that endless destructive criticism based on politics, ethnicity and religion among others, takes us nowhere as a country!  Let us remember Angelo Dundee’s dictum “criticism is good, but encouragement is better!”

With encouragement and effective LAW ENFORCEMENT, Ghanaians will do the right thing for a decent, respectful, safe and disciplined Ghana for an accelerated national development. This will impact positively on our fight against COVID-19.