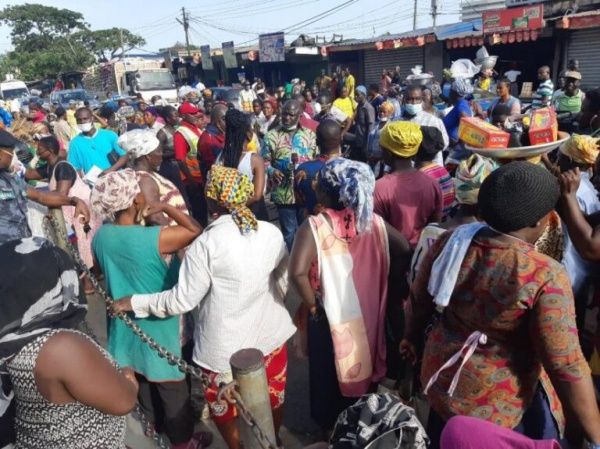 Coronavirus has brought everything in the world to a standstill. Workers are losing their jobs, people dying each and every single day, financial crisis and a whole lot are the dangers the pandemic has conveyed on us.

Developed countries like China, USA, Italy, England and others have trebled their efforts in the fight against the pandemic and gradually on their way to success.

Down in Ghana, the fight continues with the Government and other stakeholders campaigning feverishly against the spread of the devastating disease.

Like other countries, Ghana’s cases keep rising everyday with the current confirmed cases now at 27,667 while 23, 249 have luckily recovered but 148 souls have perished according to the latest update from the Ghana Health Service.

Despite the dangers the virus imposes, it is horrible, terrible and pathetic to see how some Ghanaians are joking with a disease which we’ve witnessed over a million souls across the globe perished in its hands.

Some believes the disease which has killed prominent Ghanaians like Lawyer Kwadwo Owusu Afriyie (Sir John), Anthony KK Sam (Sekondi-Takoradi Mayor), Dr. Richard Kisser and a host of others is not real.

Since President Akufo-Addo in one of his address to the nation made wearing of face/nose masks compulsory, it has to take the military and other security agencies to force some Ghanaians to adhere to that.

Recently, the police in Asante-Mampong Municipality in the Ashanti Region arrested 57 persons for not wearing their face/nose masks after the decree from the President.

As if that is not enough, Citi FM in one of their bulleting, reported that some wilful youth in the Kumasi Metropolis have started engaging in football and other sporting activities which has been banned by the government as one of the ways to curb the pandemic.

This has resulted to a call from some assembly members to the youth to desist from engaging in the obsolete behavior with the Kumasi Metropolitan Assembly planning to collaborate with the military and other security agencies to uproot this stubbornness.

Not only in Kumasi, but also in Takoradi of the Western Region where some youth have begun playing football thus breaching the social distancing and other Coronavirus safety protocols.

Situation at the various public gatherings is pathetic concerning the adherence to the various safety protocols.

So is the Ghanaian citizen being indiscipline or just that the government is not pushing enough.??