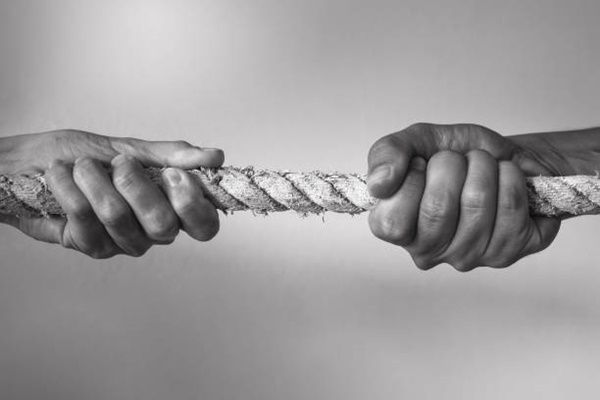 Under normal circumstances, this picture would not have made news.

However, what makes it significant is that these two gentlemen were once upon a time in their thirties, enemies who were described as being at the opposite ends of a tug of war rope between July 1967 and January 1970.

The tug of war then was the Nigerian Civil War which had Gen Gowon on the Federal side, and Prof Wole Soyinka on the other side with Biafran sympathies. They fought a bitter 30 month War during which Gen Gowon had Prof Soyinka imprisoned for about two years.

Even though the war ended with the surrender of Biafra to then Colonel Olushegun Obasanjo (later President), it resulted in a weakened Nigeria state which still suffers from the scars of the war.

Significantly, Gen Gowon declared the result of the war as “no victor, no vanquished!”  In effect, it was a “lose-lose” situation for both sides with the state of Nigeria the loser.

At the end of two and half years of fighting, there were about 100,000 military casualties while estimates have between 500,000 and 3 million Biafran civilians dying of starvation.

Is this what some Ghanaians wish for Ghana simply to have power? If 86 year olds who fought a war in their thirties regret the carnage and destruction to their country, why can we not learn from history?

Before I relate this to the tension being created by the increasing use of vitriolic language sometimes bordering on hate speech, and the violence taking place in Ghana today, what is TUG OF WAR?

Between 1900 - 1920, Tug of War was an Olympic sporting event. It is a contest in which two teams of eight per team pull backwards at opposite sides of a rope until one team drags the other across a central line. Somehow, tug of war had a life span of only twenty years in the Olympics.

Archaeological discoveries in India trace the sport to the C12th. However, its origins go further back into ancient Graeco-Roman times. The objective of tug of war is for each team to pull the rope along with members of the opposing team to their side. Harmless as it looked in comparison with boxing, it was soon discovered to have terrible hidden dangers, hence one of the reasons for its removal from the Olympics.

Sometimes the force with which the winning team falls backwards is so violent that, the winners end up with more injuries than the losers who are also not spared serious injuries.

In a few cases where the rope has snapped in tug of war contests, all 16 competitors ended up in hospital with serious injuries.

On 4th June 1995 at Westernohe, Germany the tug of war rope snapped during a competition resulting in two deaths and five severely injured. Of the 650 participants in the whole competition, 29 got injured.

In addition to injuries from falling and back strain, there is also damage to the body eg fingers, hands and even arm amputations.

In later English usage, “tug of war” also means a situation in which two evenly matched people or factions strive to keep or obtain the same thing.

In recent times, Ghana has experienced an escalation of incendiary language and violence against perceived opponents whose thinking does not fall in their mould.

Are the damaging results of tug of war what we want in Ghana?  Why are we doing this to ourselves, considering the respect we enjoy not only in Africa, but internationally as a peaceful people?

Conflicts do not just happen, and wars do not break out overnight. Even though a particular event may serve as the spark, like COVID-19 these sparks only ignite existing “underlying conditions” like divisive politics and tribalism.

What we are working towards is therefore going the Nigerian 1967-1970 way. West African countries like Liberia, Sierra Leone and our western neighbour Ivory Coast, have all gone through civil wars with UN peacekeepers coming to keep peace and restore law and order.

In Rwanda in 1994, eight-hundred-thousand Rwandese were killed by fellow Rwandese in about one hundred days. Hate language played a major role in this tragedy. Let no one think, Ghana is beyond that! For once bloodshed starts, ending it is difficult.

Visit to a war-torn country

For the warmongers, probably a trip to one of these conflict areas where Ghanaians soldiers go for UN peacekeeping will educate them out of their war-cries!

It is amazing how youngsters can threaten the whole country’s security with amazing impunity and get away with it without any adult calling them to order to sanitize their language.

Are they working towards a destroyed Ghana which they will regret later in life like the two 86-year olds?

Probably, apart from Rwanda, no African country which has gone to war has made a full recovery. Gun-toting civilians terrorise innocent people with impunity. A comment I received from a retiree in response to my recent article read:

“……….About the vitriol, etc in our politics: I always tell anyone who cares to listen that, the last thing we should wish for is a civil war. No-one, absolutely no-one will win, and the whole country will be the absolute loser.

I always cite Sierra Leone as an example, because I lived there for two years long before the ten-year civil conflict, and I have been there for a brief visit after the war. Lord! That country is now stuck in the mud, so to speak!

Finally, the lesson from the two 86-year-olds who fought a war in their thirties, General Gowon and Professor Wole Soyinka, is that whatever the semblance of victory might be, tug of war always ends in a “lose-lose” situation.

Fellow Ghanaians, let us all work together towards peace so that we can overcome COVID-19 and live in harmony.

THIS TOO SHALL PASS!