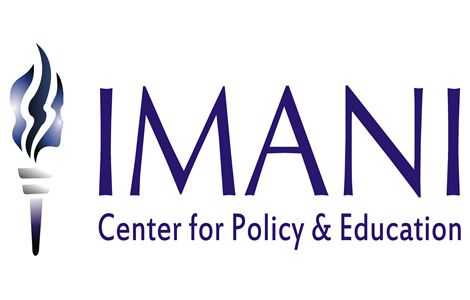 IMANI Africa cannot stop to pootle around with their fixation on the Electoral Commission and is bent on dragging the name of the electoral body into the mud for reasons obviously of tendentious nature.

After what is being touted as the most successful registration exercise in our electoral history, sending trepidations down the spines of the doomsday critics and spin doctors hired by some faceless characters to do their hatchet job for them, Franklin Cudjoe's IMANI Africa unabashedly rustled up a statement tailored to make them appear good while denigrating the Electoral Commission for not listening to sound advice, the group claims.

The Franklin Cudjoe-led think tank has specialized in bandying figures around and throwing wild accusations without corresponding unimpeachable evidence.

In their zeal to sustain their-not-so convincing arguments against the need for the Electoral Commission to compile the new register, IMANI has launched another bout of scathing criticisms over the EC's successful registration exercise.

The think tank also alleges that it was financially imprudent for the EC to spend millions of cedis to compile a new register when it could have spent less to achieve results not far from what the EC anticipated.

These two positions largely form the basis upon which the think tank is asking for Ghanaians to reject what it describes as the triumphalism of the Commission.

Let us subject the two issues to logical reasoning and analytical submissions. IMANI makes the shocking assertion that for four years, a few people turned 18 years so the registration exercise could not have added 2 million or more people. That's difficult to embrace because over the years, there have been increases in the number of people who turn out to register for limited registration exercises.

Even students who turned 18 and went to register were in their hundreds of thousands, much less those who for whatever reason, did not have their details in the discarded register.

Reported incidents of violence in Dormaa West, foreigners trying to register and got arrested would also inform any objective person that our register was bloated.

This theoretical model of assessment of our electoral system is what is deceiving these IMANI people to come up with some of these strange commentaries. A register of 16.8 million in 2019 gives us 16.6 million in 2020 and we are being told the register was not bloated? This is baffling, to say the least.

Let's zero in on their claim that the new register was superfluous and ought not to have been conducted.

The Electoral Commission stated that the BVRs and BVDs, key materials to conduct of the election had outlived their usefulness or lifetime as it had since become obsolete and no more fit for purpose hence its decision to purchase new materials and then create a new register for the December 2020 polls.

The Electoral Commission took the decision to procure new Biometric Voter Management System on the advice of its IT team and external consultants to the effect that, it would be prudent to acquire a new system rather than refurbish the existing system.

It makes more economic and operational sense to acquire the new system than to keep the existing system and refurbish them at a high cost of frequent replacement of failing parts and renewal of warranties.

The bloated register needlessly increased the cost of elections as materials had to be procured for an otherwise high voter population that didn't exist, leading also to waste.

The total cost of maintaining the old Biometric System would be $74, 364, 500 while the total cost for new BVMS system is estimated at $56,000,000. These include Biometric Voter Registration Kits (BVR) kits and the Biometric Verification Devices (BVD).

The new Biometric Voter System is saving Ghana GHS173,077,650.00 instead of the financial loss the country would have experienced if the old register had been refurbished.

In all these, when IMANI sent its best IT expert to Newsfile to disintegrate the EC's position, the EC's IT consultant annihilated IMANI's ideal IT son.

Ghanaians are not enthused about this level of recalcitrance and dishonesty on the part of IMANI in its continuous exercise of fetching rainy water when the rains have since fallen and ceased.