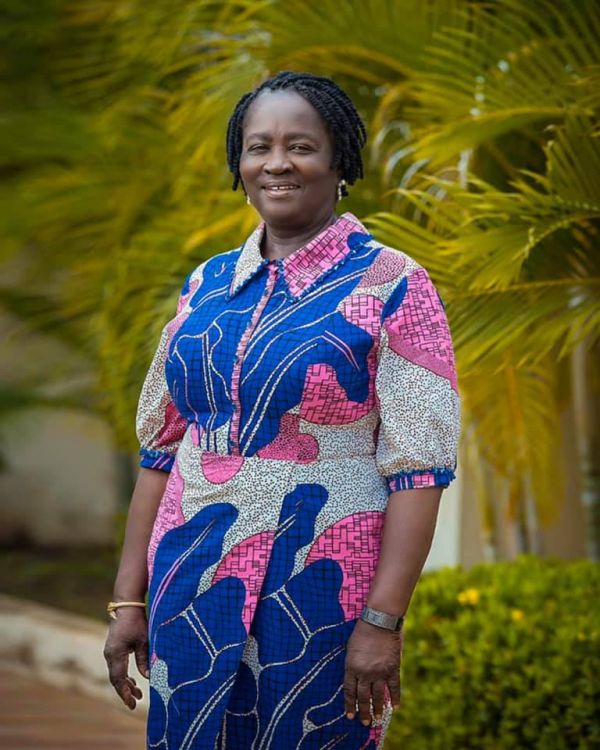 History is replete, ironically, with some fleeting moments whose significance is not recognized and appreciated in real time. We are in one of such moments in Ghana.

Professor Naana Jane Opoku-Agyemang’s introduction into presidential politics has at once energized our political environment and captured the interest of a broad swath of Ghanaians. Even more impressive is that the excitement generated by her candidacy has cut across various demographics: The Youth, Women, Elderly Citizens, and others.

Interestingly, Professor Opoku-Agyemang’s appeal also cuts across class divides – her appeal is to Working Class, and Middle Class alike. Her appeal to the middle class may seem obvious. However, her appeal to the working class and the vulnerable in our society has been underreported and barely noticed.

From working with women shea nut growers in the Northern region to access funding opportunities, to working with disaffected youth on ways to improve their conditions, Professor Opoku-Agyemang has been contributing in diverse ways to improving the lives of vulnerable members of our country and they continue to be the focus of her agenda. Professor Opoku-Agyemang pulls off the enviable feat of being able to appeal to people, regardless of status or background. Listening to her brilliant maiden speech makes it quickly clear that this is by no means a coincidence.

Professor Opoku-Agyemang’s life journey begins in Cape Coast, a town she describes as having rich and intriguing connections to the Ghanaian story. Her hometown, Komenda. Raised by parents who instilled the virtues of selflessness and readiness to serve, she rose to become a leader by dint of hard work, faith and perseverance. In her own words: “It is precisely because of where my story began, that I know what is possible to achieve in our great country”. Indeed, her story is a significant testament to the best ideals of our country. No wonder she has captured the imagination of so many - young and old.

The history-making nature of the nomination has injected a fascinating dynamic into the political scene. For the first time in Ghana’s history, a woman has a realistic chance to be elected to the high office of the Vice-Presidency.  Of this, Professor Opoku-Agyemang says: “making history is gratifying, but what really matters is to hold the door open for those behind us and create avenues for self-actualization for many more. THAT is the work of the next four years”. Selfless leadership mindset of this nature will inure to our country’s benefit.

While acknowledging that her nomination is commendable progress towards realizing the full promise of our country, Professor Opoku-Agyemang seems to have little patience for wasting time dwelling on, or reveling in, it - and for good reason. At this time in the 21st century, it feels quite underwhelming to hear “the first female ...” attached to any ascension by our mothers, sisters and daughters to positions for which they are well qualified. Untold dreams and hopes of generations of millions of women have been sacrificed to this kind of snail-paced progress. We shouldn’t be here. Our task going forward – all of us – is to resolve to work hard to ensure that our daughters and generations unborn do not grow up in a society that stifles their ambitions. This is our most urgent calling. In the words of Naana, “The time is now!”.

It is also apparent that Professor Opoku-Agyemang’s nomination has introduced some complexities that could factor significantly in voter decision-making.  Many people are genuinely inspired by her nomination, but there may be legitimate concerns among some who like her.  Some may not necessarily be fans of the party on whose ticket she stands for instance. It is hard to understate the dilemma this presents for such potential allies of Naana Opoku-Agyemang. The concerns, while genuine and understandable, may underestimate the significance of the rare opportunity to advance the rights of women that her nomination represents. Women have been underrepresented in leadership positions in Ghana and their perspectives have often gone unheeded and their interests inadequately reflected in decision-making even as they are acknowledged to be in the majority in Ghana’s population.

The reality is that progress in many instances does not always arrive without complexities. Sometimes the process is messy. The situation may even have complications. Progress may require a willingness to form seemingly odd alliances to advance the cause. What matters most is to keep a focus on the goal and appreciate the avenues and circumstances for what they are: the opportunity to seize the time! Bluntly, the prospect of a consolidated and unified women’s vote behind a progressive and inclusive agenda beckons, and our country will be better for it. Women should not allow anything to blind them about this.

The temptation by some to wonder if Professor Opoku-Agyemang’s nomination reeks of tokenism deserves examination. Is her nomination just to pay lip-service to the cause of gender equality? Is she a token figure who is being put up just for show? A quick look at Naana’s personality, her accomplishments and qualifications should swiftly put these concerns to rest. Indeed, it should be obvious that she cannot be someone manipulated for the special effects of other people. She has her own mind, her strong personality and her record of achievement. We saw a bit of the personality on display as she delivered her captivating maiden speech when she was formally outdoored. We also learnt a bit about the roots of her personality from what she said about her background -strong, disciplined foundations for a life of excellence.

It would seem that Professor Opoku-Agyemang’s experiences have prepared her for a moment like this. She assumed the Vice-Chancellorship of the University of Cape Coast and immediately began a transformation of the institution. Managing a public university – a microcosm of larger society - effectively is no small feat. She imbued a sense of focus on providing avenues and opportunities for brilliant young students to exhibit practical application of their lessons and skills on solving real-world problems. Departments were empowered to be innovative and many initiatives were undertaken to leverage the skills and brain capital of our brilliant students in a way that prepares them for life after graduation.

During her tenure as an education minister as well, she chalked up several accomplishments, such as reducing teacher absenteeism significantly, and increasing enrollment in teacher training colleges by over 60%. She led several significant reforms such as conversion of polytechnics into technical universities and upgrading teacher training colleges to become full-fledged tertiary institutions. Her tenure also witnessed massive educational infrastructure across the country. This is an individual who understands education and knows how to manage and deliver sound education for national development.

Throughout her life, she has distinguished herself as a visionary leader, reformer and manager who never shied away from making tough decisions and confronting daunting challenges. Such is her caliber – one who rolls up her sleeves, gets to work, and never gives up on accomplishing objectives. Professor Opoku-Agyemang is a team player; but everything about her story indicates that she is not one to be satisfied with tokens and mediocre standards. She will hold the entire team accountable, with her God-fearing, strong character, her integrity and her capabilities! Now, more than ever, our country is thirsty and ready for such leadership!

We may be at a critical turning point for our country. Professor Opoku-Agyemang’s nomination is a welcome departure from the status quo. A Vice-Presidential candidate made for our times, she provides an opportunity we should not miss. More than anything, Professor Opoku-Agyemang offers hope. The hope that assures all of us that we may one day live in a country where “every citizen, regardless of background, is afforded equal opportunity to become their best selves”. The hope of creating a fair and just society. The hope that we need not be confined to being a country that is always “ready for take-off, yet never in full flight”. It is for this reason her nomination has awoken disenchanted voters, who she implores to “stay the course and never give up”.

Nana Jane invites all of us to get off the sidelines and get involved in the mission to restore our country to its best ideals. Together, we can determine our collective future.

Naana’s cause is our cause. For if she succeeds, millions of little girls across our country as well as generations unborn will grow up in a country where any dream is valid, and every aspiration is within reach. Even President.
The time is now. History is in sight. Dare we dream?