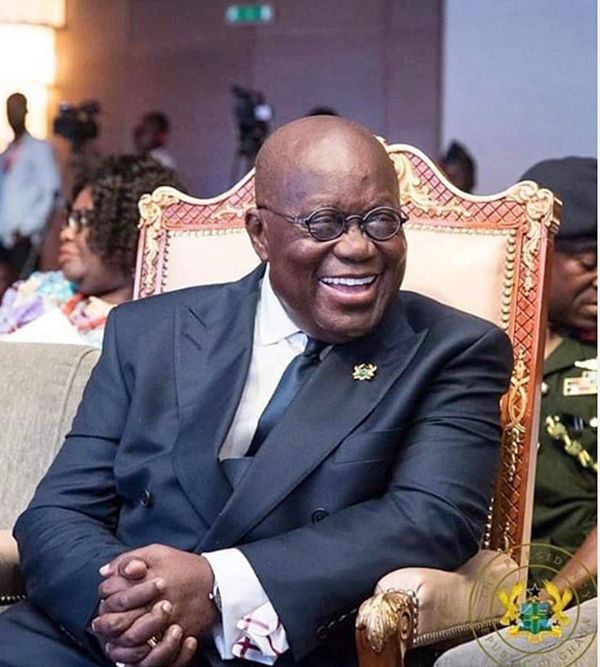 The President, Nana Addo Dankwa Akufo Addo has hailed the CEO of Ghana Exim Bank, Lawrence Agyinsam and the leadership for their respective roles in building and supporting industries to strive in the country.

The acknowledgement comes in the wake of credit support that GEXIM bank has extended to over 100 start up and ailing companies to expand and employ more youths in the country.

Lawrence Agyinsam, under his watch supported the establishment of many 1D1F companies and helped to revamp companies that have been abandoned for so many years.

The private sector has considered Lawrence Agyinsam as the driver of 1D1F which is the government’s flagship program upon assumption into office in 2017.

But the Alliance for Development and Industrialization, (ADI) believes the country can establish more companies if a strong synergy created between the GEXIM bank and financial institutions to deepen their credit support to the private sector.

According to the Convener of the think tank, Elikem Agbnyegah, this support would bring continuity by partnering other financial institutions . . . if there is risk associated with the start up phase, that can be handled by GEXIM then the banks can continue with the other phases.

“We can only sustain our industrialization drive if the banks do away with their lay back attitude. The Bank of Ghana must instruct the banks to give 50 percent of depositors funds as loans to the private sector to augment the support from GEXIM as its been done by our peers like the Nigerians.

"If we fail to implement this caveat, we are killing ourselves as well as crippling the economy. We need the support from our banks or else whatever GEXIM has put together now would go down the drain,” he said, adding that the banks must cut down on buying government instruments and lend to the private sector which is the engine of growth.

Some of the factories that have been completed include Ekumfi Fruits and juices Factory, Amantin Cassava ProcessingStarch Factory, Casa de Ropa, Akro Poultry Farm, Juaben Oil Mills, Green Houses at the Kwame Nkrumah University of Science and Technology, University of Cape Coast, amongst many others.