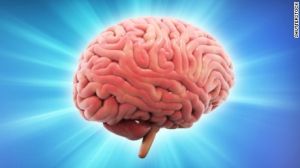 A celebrity chef with a relatively obese net-worth. A global audience for his own show “Parts Unknown”. An author. A journalist. A globetrotter with a million lovers. Suicidal tendencies were not overt. However, on June 8, 2018, he hanged himself in his hotel room at Le Chambard in France. He was in the middle of a shoot for his show. He was 61 years old. He was Anthony Bourdain.

Ghanaian celebrities have not been immune to mental health disorders with depression at the fore. With Joyce Dzidzor Mensah, Ghana’s ‘phoney’ HIV/AIDS ambassador, people said the lines always blurred between publicity stunts and real mental health cases when she started to shock the public with nudes and attempted suicides hoaxes. It so happened that she was actually suffering from a series of bipolar disorders - depression and mania- and was seeking treatment in Germany. Another Ghanaian singer, Vera Hamenoo-Kpeda, or MzVee came public, talking about her 2-year battle with depression which affected her family, relationship and spirituality. I am certain many more cases of celebrities battling with mental health are still hanging in the closets.

Pressure! It can trigger stress which can make people either focus or fold. This goes to say that not all stress is bad, considering the definition of stress by The American National Institute of Mental Health as ‘the brain’s response to any demand’. This response could be positive or negative depending on how well it is managed and how long it persists. A chronic stressful life can lead to Depressive Disorders, considered one of the most common mental disorders worldwide.

The life of a celebrity is demanding, and in a country like Ghana where there is little to no regulation of industries as it exists in entertainment and sports, celebrities often do not just cut it financially. Imagine having to live the life of a socialite on a paper pusher’s budget. They can’t just wake up and scrounge the neighbourhood on foot for the tastiest waakye without mad attention and possible delays from admirers. There are standards to maintain, and these standards come with increased financial demands.

Those who escape the financial hurdle somehow, thanks to celebrity endorsements and break-through gigs, often have frequent flights and time away from home, jet lag, stage and public appearances to contend with. There is the pressure to maintain a healthy balance in every facet of their lives. They cannot fail. That would be like throwing a roach to a flock of bloggers. Ghanaian bloggers are merciless and do not forgive. One wrong move and your reputation as a celebrity could be ruined, endorsement deals could be withdrawn, and a fall from grace to grass is imminent. Walking on egg-shells is stressful...depressing!

Celebrities may seem to have a lot of admirers yet very few to no real friends at all. They suffer interpersonal, psychological and cosmic loneliness on diverse scales.

Major Depressive Disorders are neurobiological conditions considered the most common of all mental disorders. The American Psychiatric Association lists sleep disturbance, guilt, loss of energy, impaired concentration, change in appetite, psychomotor agitation or retardation, and suicidal ideation as symptoms of MDD. Research has proven many causes of depression besides a chemical imbalance. Harvard Health Publishing reports that researchers have identified genes that may cause low moods and either be resistant or very responsive to antidepressant medication. It is common to find depression and certain mental health disorders running through families. Genetics!

Then there is the hippocampus, a brain structure in the temporal lobe which has been found to be smaller in depressed people. The Harvard Health Publishing made sense of this, by citing in one fMRI study published in The Journal of Neuroscience, the theory that stress suppresses the production of new nerve cells in the hippocampus.

However, it is important to also note that a combination of genetic, biological, environmental, and psychological factors may cause depression.

We often sweep symptoms of celebrity depression under the rug or slap the “publicity stunt” label on them. When music icons Kubolor and Wisa disturbingly exposed their phalli on live television, nobody explored the possibility of a mental health crisis. When comedian Funny Face was going through a phase of betrayal and divorce, many mocked his reaction as out of line without again exploring the possibility of a mental health crisis. The list is tall.

Managers of Ghanaian celebrities need to start taking the mental health of their clients seriously.

Overall, mental health is not a thing on the front burner in Ghana. The brain, when sick, is very unlikely to see a doctor unless it has a tumour. Despite Ghana’s progressive Mental Health Act (2012) introduced to tackle the shortfalls within the sector, it still suffers from lack of professionals per population, lack of adequate treatment facilities, and a general lack of awareness.

Joseph B. Asare, co-author at the Department of Psychiatry, University of Ghana puts the dire situation in perspective; As at 2011, there were 3 psychiatric hospitals, 7 community based psychiatric inpatient units, 4 community residential facilities and 1-day treatment. Patients in their majority were going to the 123 mental health outpatient facilities for treatment. Of the 2.4 million people with mental health problems in Ghana, only 2.8% of that number received treatment. Perhaps the situation has marginally improved since then.

The good old strategy of awareness creation on mental health should be the terminus a quo; aggressively this time. We should accept that the mind does get sick too and may require treatment. Celebrities sometimes are too scared to seek expert advice. The stigma and public ridicule stemming from the dark places of ignorance are enough deterrent factors.

The Ghanaian celebrity and their managers should understand what mental health entails and how it could impact their careers.

The celebrity must understand that sometimes relying on social media audiences for support through phases of depression might rather be noxious to their mental health.