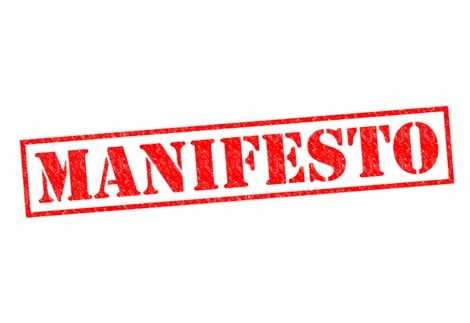 Ghana has survived some four decades of uninterrupted democratic governance to justify its accolade of “beacon of democracy” in Africa.

Some independent presidential candidates have joined the fray along the lines.

That the NPP and NDC remain the dominant political parties of particular concern is evident from the results of the 2016 presidential election.

The NPP and the NDC made the strongest showing and still remain the best bets for the 2020 general election. The chase for power by the other political parties only tends to make the electoral process more exciting as they attempt to gauge their strength and grow to a point where coalitions among some of them shall become a necessity.

This is why it is worth examining the manifestos of the ruling NPP and the largest opposition NDC as to which of them can secure the mandate of Ghanaians.

The political scene seems to be undergoing a radical change from reliance on massive voting from one particular region or constituency to one of hectic competition and sharing of votes across the country.

This is where it becomes necessary for both parties to engage in intense political campaign to draw more supporters to their fold, harping on the main themes of their manifestos which aim at addressing the salient aspects of the country’s socio-economic development agenda.

It is, indeed, impossible to deal with all the details or components of these manifestos which run into several hundred pages, and which proffer solutions to every conceivable aspect of the nation’s development.

The issues are many and varied - health, education, fisheries and agriculture, employment, economy, roads, mining, road and rail transport, and allied sectors of the economy.

The NPP, which panders to the capitalist ideology, and the NDC, which pursues social democratic policies, have sent clear messages to Ghanaians with regard to what they hope to achieve for them and the nation.

The campaign themes of the NPP are focused on development in freedom, One District, One Factory; One District, One Dam; One Constituency, One million dollars, free SHS, and job creation with its youth-based Nation Builders Corps (NABCO), and National Health Insurance Scheme. The NPP has also banned galamsey operations and introduced community mining with a view to protecting the environment, prioritized construction of roads and interchanges, restored training teachers and nurses’ allowances, among others.

The NDC lays claim to numerous infrastructure projects spanning education, health, roads, construction of interchanges and promises to enhance the free education with a progressively free version, and restoration of the ‘Okada’ form of transportation it banned before exiting governance.

The NDC has outlined in its manifesto development projects it intends to undertake when voted back into power. It intends again to “absorb 50 per cent of fees of tertiary students for the 2020/2021 academic year to mitigate the effects of COVID-19 on students and parents”.

There is the added campaign pledge to "complete the conversion of all polytechnics into Technical Universities (TUs) in line with our original vision of creating opportunities for professional mobility of practitioners and return confiscated excavators from illegal miners by the incumbent government back to their owners among other promises."

These manifestos contain set of actions and intents meant to sway the voter to either side of the political divide. But will people vote on the basis of what they hear or on the basis of concrete achievements over a certain period by these two political parties. Do the manifestos sound credible and are they implementable and within what period?

This is where the NPP and NDC seem to converge in their manifestos which aim at tackling Ghana’s multifaceted problems that have been exacerbated by the novel coronavirus or COVID-19 pandemic. The similarity of the manifestos stems from the fact that they have both walked Ghanaians through the issues bordering on the country’s socio-economic problems.

Ghanaians have become more discernible this time and are sending clear messages to both parties with regard to what their real needs are. They are now insisting on the provision of one project or another as a precondition for voting in this year’s elections. However, what is likely to happen is that the NPP and NDC will continue to rely on their support bases inthe Ashanti and Volta Regions respectively, come what may, on 7 December.

There are now 16 regions in Ghana and both political parties and any other contesting parties will require comprehensive and massive campaign strategies to win substantial votes from these areas. They need to listen to the ‘No Road, No Votes’; ‘No electricity, No Votes’ chants of the communities indicating their wishes, complaints or protests which the parties cannot simply ignore.

The political parties must also reveal strategies for battling corruption and crime in its multifaceted forms, which have the tendency of eroding all the gains chalked over the years.

December 7, barring any unforeseen circumstances, is right here with us. The people have gone through decades of electoral processes and are likely to judge the parties by what they have received from them.

No monetary incentives will serve any useful purpose for communities yearning for development and progress. It will be politically inept for any individual or party to think that doling out items and money can secure them the votes they need to capture political power.
The Ghanaian voter has become increasingly sophisticated and the NPP and NDC or for that matter any other political party must work hard to come out with workable manifestos.

The other issue to tackle is the teeming unemployed graduates and youth, who need to be absorbed into secure jobs to boost economic productivity and sustainable growth.

The political parties must again address science and technology matters, providing resources for research and development, which are prerequisites for steady growth and sustainable development, rather than resorting to grants and donations from outside.

The recent voters’ registration and Ghana card exercises were a grim reminder of how the political parties are bent on ensuring the massive participation of their followers in these exercises. They were positive indications of how the December polls will go. Similarly, the organization of their primaries in the heat of the coronavirus (COVID-19) point to how much party leaders and supporters are bent on securing their turf for the polls.

Ghanaians may base their choices on the track records of the political parties and how best they sell their manifestos to the people.

However, ardent supporters will vote in accordance with their loyalty and conviction.

The NPP, on Saturday, August 22, launched their manifesto for the upcoming December 7 polls, reiterating its achievements and what the party intends to do for four more years when given the nod.

Nana Akufo-Addo of the NPP and John Mahama of the NDC are currently touring the regions and constituencies to ramp up support amidst the continued prevalence of COVID-19. They are drumming home their campaign messages to win over more voters. But Ghanaians are the best witnesses to the performances of the political parties and can best decide where their votes will go in December.

The direction Ghana’s 16 regions will go shall obviously be determined by how far and how much they have benefited from the national cake. They will look at their roads, well-being, welfare, living standards, job opportunities, transportation, education, electricity, trade, agriculture, banking, social services, and so many other sectors.

The enormity and scope of the country’s problems are likely to make the two major political parties converge on similar strategies to resolve them. What matters is the strategies and scaling of priorities to get the issues addressed.

The parties must acknowledge the devastating effect of the coronavirus pandemic and the possibility of an economic downturn emanating from it. The epidemic, which has shown no signs of slowing down has stymied mass gatherings at rallies and conferences to some extent.

This year’s election will be a challenging one for the political parties, particularly within the context of the coronavirus epidemic, and could be a plus or a minus to our democratic credentials.