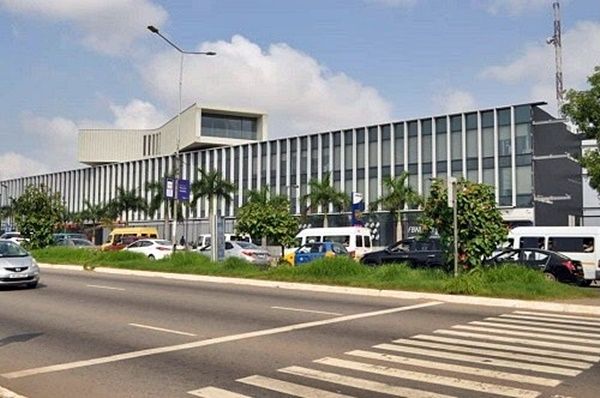 Kumasi, as any Forty-plus year old Ghanaian may recall, was an industrial hub between the early sixties and late seventies. The greater number of the factories that sustained Kumasi’s economy in those times was concentrated in Ahinsan and Kaase.

The businessmen acumen of Kumasi’s entrepreneurial class on the other hand, extended beyond wood processing the main industrial activity in the aforementioned suburbs of Kumasi, into road construction, printing, garment manufacturing, hotelkeeping, electricals and import and export of spare parts and heavy machinery.

The overwhelming majority of the protagonists of Kumasi’s industrial revolution in the 60s & 70s were local-based men who had parlayed the good fortunes from the cocoa boom to a formidable entrepreneurial culture in the Garden City. True sons of the ‘soil’ that they were, they kept much of their investments in the Kumasi metropolis. Residences were bought and maintained in Accra and the UK, but mostly as holiday homes or to ease transit accommodation needs.

This however is not to say that the businessmen of the day were motivated by a sense of insularity to keep most of their concentration of investments in the Garden City. Kumasi had a cosmopolitan population that diverged into several commercial specialisations. The big-time entrepreneurs, drawn mainly from the various big families of Asante, would find ample motivation in their superior knowledge of the city's cultures and traditions to join in the exploitation of its then fruitful business terrain. Names like, B.K Edusei, Nnurom Gyamfi, Daniel Kusi Collins, Poku Transport are routinely mentioned in narratives about this period. In terms of business foresight, however, only a few would measure up to the acumen and achievements of Boakye Mattress.

Boakye Mattress’s beginnings as a businessman are obscure, but stories on his business exploits commonly, identify the setting up of a furniture shop at Circle, Accra, as one of his first major ventures. The shop, located at the Circle, where the GCB Towers currently stand, was a pioneer in the use of machines and electric tools in the manufacturing of European-style furniture. Through hard work and a persistent desire to add value to whatever he applies to himself, Mr Boakye quickly ‘branched’ into the importation of Formica Boards, the first Ghanaian to do so. That also became the catalyst for the next investment, a mattress manufacturing company.

Vitafoam as the company was called bought a stake in the State Furniture and Joinery(upholstery) and subsequently, won contracts to supply the Military, State schools, UAC GH, UAC Togo and Gambia, with mattresses and furniture. Mr Boakye’s diligent business spirit and exploits soon caught the attention of the then, Head of State, General Acheampong. The result of that was an issuance of import license to Mr. Boakye and an award of a state contract to supply cement to State institutions.

Mr Boakye’s foresight was boundless, and it manifested in a bold ambition to set up West Africa Extrusion Plant(aluminium frames) at Spintex road in the latter parts of the seventies. Towards the realisation of this ambition, he imported several heavy machines and equipment into the country. The company would have been the first of its kind in West Africa but for the 1979 AFRC coup. The Junta’s predatory, anti-business instinct made Mr. Boakye one of its targets, leaving the piooner with no choice but to leave the country. Mr Boakye remained in exile for the next fifteen years. That naturally truncated the dream of the Steel Manufacturing plant. The machines he imported for that purpose are still in a pristine state at the Foam factory at the North Industrial area in Accra.

At the time of the coup and his flight into exile, Mr Boakye had also bought acres of land in between Golden Tulip and Opeibea House near the Kotoka Airport. The plan was to build a massive Shopping Center near the airport, and it would have been the first of its kind in the country. These aborted dreams and investments reflect the magnitude of Mr. Boakye’s business acumen and vision, and sadly, too, the damage the 1979 coup did to Kumasi’s class of entrepreneurs. Few survived (Poku Transport) the persecutions of the day.

Opanyin Boakye had a charitable heart and never hesitated in giving back to his roots and wherever he pitched his investments. Some of his legacies and acts of generosity include the following:

- a Trust Fund for his family.
- the construction of a hospital at Bamang his hometown(uncompleted because of his flight into exile).
- donation of a storey building to Juaben Secondary School.
- bequeathing an Oil Palm Plantation (Doruwaa) to his family.
- donation of 4 Dansoman estate houses to his senior workers.
- building Asylum Down Calvary Methodist Church.

Mr Boakye also was the one who built Cantonments Hospital in 1973. He was however compelled by frustrations from officialdom to sell the facility to the State for the equivalent of 1million Gh cedis. That Hospital in Accra now runs under the name ‘the Police Hospital’.

Even though, Mr Boakye was kept in Accra for much of the time by business commitments in Accra, he also maintained a regular presence in major social functions in Kumasi. The love for tradition and culture was also manifest in the preference of cloths as a daily wear. Folks remember him sitting comfortably at the back of his Rolls Royce( he was one of the first to own that luxurious car in Ghana) being chauffeured around to events in the company of friends like, Nana Awuah Darko, Prof. Adu Boahen, B.A Mensah, Appiah Menka, B.M Kufour..

Like many other Kumasi's pioneer industrialists, a lack of proper succession plan has resulted in litigations between his family/24 children and the Methodist Church. His businesses have been the biggest casualty of these sad developments. The only one in the family who appears resolved to rebuild his legacy is his Bentley-driving son, Yaw Boakye jnr. He has transformed the deserted Airport Shopping Center into an ultra-modern modern building hosting a chain of businesses. He appears blessed with his dad's attributes and is poised for great things in his capacity as the CEO of West-One Company, Osu, Danquah Circle.

Mr Boakye is now interred beside his mum, sister, first daughter and wife at Juaben, but it won’t be out of place to send him a 'Mo ne yɔ' in appreciation of his vision and business acumen. May we be blessed with more of his ilk.