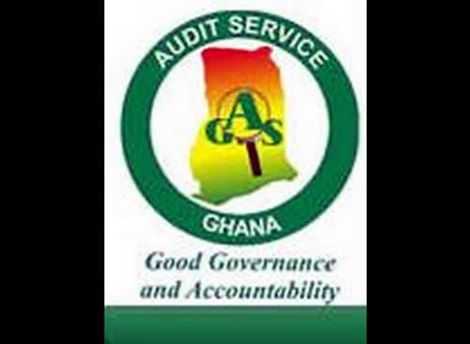 The engagement of an auditor and his work generally have fundamentally inherent risks. These risks are well known within the accounting profession, and over the years accounting and audit regulatory bodies have explored mechanisms to mitigate these known risks. Auditor independence is at the heart of risk mitigation mechanisms, and one of the biggest threat to auditor independence is over-familiarity which can mostly be blamed on long term audit-client relationship.

Accounting and Audit regulatory bodies such as the Institute of Chartered Accountant, Ghana; International Accounting Standards Boards (IASB); Association of Chartered Certified Accountants, U.K; Financial Reporting Council, UK, and many more have invested and continue to make heavy investments in research on this subject matter. These bodies have proposed solutions to moderate the effect of these risks so as to enhance audit quality. The most advocated solution by these bodies is rotation of audit engagement partners. This approach requires that audit firms replaces their engagement partner from time to time as they become familiar with the client.

Governments across the world have mostly resorted to the use of statutory interventions to enforce auditor rotation.

The European Union (EU) has rules that require companies to rotate their auditors. Article 21 of Regulation (EU) No 537/2014 of the European Parliament and of the Council of 16 April 2014 makes provision to deal with familiarity threat of auditors and therefore reinforces the independence of statutory auditors and audit firms.

It establishes a maximum duration of the audit engagement of a statutory auditor or an audit firm in a particular audited entity. Further to that the guidelines adopted by the Committee of European Auditing Oversight Bodies (“CEAOB”) on 28 November 2019 (CEAOB 2019-041) provides that EU public interest entities (PIE) rotate their auditors at a maximum of every 10 years, subject to extension under certain conditions.

The Regulation also requires rotation of audit engagement partners and a gradual rotation of key audit personnel during the mandatory audit period. A four (4) year cooling period applies to the audit firm and any members of the firm’s network prior to the re-appointment as the statutory auditor

In Asia, major markets such as Japan, China and Singapore have made rules and regulations to enforce auditor rotation in order to check audit risk emanating from audit independence and familiarity with clients.

Similarly in Africa, the big markets such as Nigeria and South Africa have all made rules to regulate auditor rotation.

Ghana has now joined the list of countries that use statutes to regulate audit risks emanating from auditor-client familiarity. On the 2nd August, 2019, Ghana enacted into law a new Companies Act, Act 992. This Act has introduced several novel concepts in company law pertinent to new trends in business practice which are intended to enhance significantly, the legal and regulatory framework for doing corporate business in Ghana.

Among these novel concepts is the introduction of auditor rotation. Prior to the introduction of this concept into our company law, the Bank of Ghana (BoG) by law had introduced and made it a regulatory requirement for banks to rotate their auditors every five (5) years. So whilst auditor rotation is a new concept under the Companies Act, 2019, Act 992, for institutions regulated by BoG this is not new to them.

Section 139 subsection 11 of the new Companies Act, Act 992 provides that “An auditor shall hold office for a term of not more than six (6) years and is eligible for appointment after a cooling-off period of not less than six (6) years”.

The contention within the Accounting profession in Ghana since the Act come into force has been when the rotation period starts counting (i.e. effective date for the count of the six (6) years). The question then was whether the six (6) years shall start counting from the date the Act come into force (i.e. 2nd August, 2019) or from the date a company appointed its auditor. To resolve this confusion, the Institute of Chartered Accountants, Ghana (ICAG) wrote to the Registrar General for a clarification. In a response letter the Registrar General, stated that the six (6) years run from the date of appointment of auditor, and she further cautioned companies to abide by the directive to rotate their external auditors as prescribed by the Act.

Under Act 992, a company and its officers commit an offence, if the company continues to engage an auditor whose appointment is over six (6) years. In the eyes of the law such an auditor does not exist and his opinion on the financial statements of the company may not be valid. This is provided under Section 139 (5) of the Companies Act, 2019 (Act 992), as:

(5) An existing auditor shall continue in office until,

a) that auditor ceases to be qualified for appointment

d) the tenure of that auditor ends.

The writer submits that once an auditor’s tenure comes to an end after serving the six (6) years term, which also implies that the auditor has ceased to be qualified for appointment, such an auditor lacks the necessary authority or power in law to profess an opinion on the affairs of the company.

Subsection 10 of Section 139, makes it an offence to contravene Section 139 and both the company and its officers are made liable and punishable under the Act.

It is pertinent for companies to note that if their auditors have served the full six (6) years terms counting from the date of appointment, then such auditors have, in the eyes of the law and technically speaking, ceased to be auditors of the company and any further act done by the auditors in their capacity as continuing auditors is unlawful and amount to an illegality, and can have dire consequences should a member of the company question the validity of the audited accounts.

Now the law is in force but the question this writer seeks to answer is, “What is in the law for companies for which reason they must comply beyond merely respecting the law?”  The writer is of the opinion that the law is a game changer for companies given the benefits that are inherent in its enforcement. The benefits for companies are classified under four main headings: Cost savings, Investor Confidence, Reduction of Audit Risk, and Quality of Audit and New Perspective

Rotating auditors certainly gives companies an opportunity to open up negotiation of audit fees with potential auditors. This may be realized through the use of a procumbent process that requires auditors to undergo competitive bidding of the company’s audit. This process if properly executed will most likely result in reduced audit fees over the six-year period for the company. The tender process must however be carried out in a manner that does not sacrifice quality of audit work for cost savings.

This means companies must balance desire to cut down on audit fees with maintenance of quality of audit. Overly focusing on cost cutting may lead to unintended consequences. Notwithstanding the need to balance cost with quality, it is highly possible for a company to save some money on its audit fee by taking advantage of the provision on auditor rotation under the new Companies Act.

A natural consequence of auditor rotation is an enhanced investor and creditor confidence in the financial systems including internal controls of a company. A weak internal control system points to poor corporate governance. A company may benefit immensely from auditor rotation if it is established that successive auditors under a scheme of rotation issued a clean opinion on the financials of a company. Investors and creditors including banks are most likely to rate the governance of a company high if the company’s accounting systems has under-gone audit by more than one audit firm over a reasonable period of time and at reasonable intervals as prescribed by the Act.

Another benefit which a company derives from audit is the management report which are issued by auditors to management. Where a company has benefited from audit by multiple audit firms, management get to know from these different auditors control weaknesses which require redress to improve governance. This is better served if different auditors issue such management letters over time as against one auditor. In this globalized world, the periodic rotation of auditors sends a positive impression about a company to investors including foreign ones.

Over-familiarity of auditors with clients may make auditors too comfortable to recognize and adequately plan for potential risks. There is increased potential for audit risk which is the risk that an auditor gives inappropriate opinion on the financial statements. Rotation of auditors will reduce this risk as successive auditors would look at issues with a new set of eyes devoid of   presumptions.

Quality of Audit and New Perspective

Rotation of auditors brings new perspectives into the audit of the financial statements of a company. A company benefits from varied perspectives and new ideas from its newly appointed auditors.

Effect of Non-Compliance of the law

Companies that fail to enforce that law commits an offence and may continuously be exposed.

Auditors are expected to be independent but their continuous occupation of the office after the six (6) year-period expires may expose them to Familiarity Threat from long periods of serving as the external auditor of a client company. The Auditors’ independence becomes threatened since his professional judgment may be overridden by emotional feelings.

The company may further have to deal with Self-Interest Threat which might occur as a result of financial or other interests of an Auditor or of an immediate or close family member, undue dependence on total fees from client, having a close business relation with client, and loan to or from a client or any of its directors or officers.

Finally, the company has to deal with Advocacy threat as a result of an auditor’s long term association with a client. Advocacy threat may occur when the auditor promotes a position or opinion to the point that subsequent objectivity may be compromised.

It is worthy of note that the requirement of the companies act 2019 (Act 992) is mandatory and companies must take steps to ensure full compliance. Companies whose auditors’ have been engaged for at least a period of six years continuously, should take steps to appoint new auditors immediately.

Equally, companies whose auditors’ are in their sixth year, should take steps to transition to new auditors after the end of the sixth year.