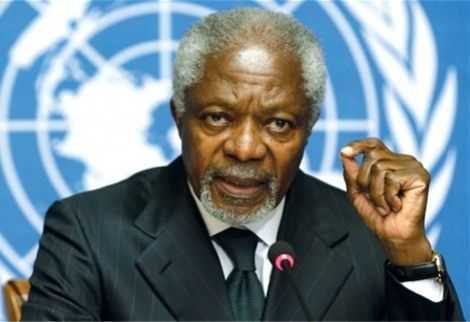 Last week, winners of the 2020 Nobel Prizes were announced in Sweden and Norway. The last to be announced, the Peace Prize on Friday, 9th October 2020 was won by the World Food Programme. The Nobel Prize is the world’s most prestigious award given annually to individuals/organisations in recognition of excellence in six fields.

Immediately, some questions come up.

Alfred Bernhard Nobel (1833 – 1896) was a Swedish chemist, engineer, inventor and armaments manufacturer. He created the Bofors Steel Company which he later converted into an Armaments manufacturing company. He was also a writer and an author. His most enduring invention however was the DYNAMITE.

He was condemned for inventing weapons of destruction like the cannon and dynamite. One publication said “Dr Alfred Nobel who became rich by finding ways to kill more people faster than ever, died yesterday.” Alfred was disappointed with what he read. The effect of these publications on him was profound!

Alfred Nobel’s conscience pricked him about what legacy he was leaving behind and how negatively humanity would remember him in spite of all his inventions. Realising the need for damage control of his image and reputation, he decided to bequeath his fortune to humanity for the promotion of peace and development through a Nobel Foundation.

In his will in 1895 a year before he died, Alfred Nobel established five prizes in Physics, Chemistry, Physiology/Medicine, Literature and Peace. These awards were to be made to individuals or a group of individuals not exceeding three, or an organization, for making a positive contribution to humanity after Nobel’s death.

The first awards were made in 1901. In 1968, a new prize for Economics was added by the Swedish Central Bank bringing the Nobel Prizes to six disciplines.

The Peace Prize is awarded in Oslo, Norway while the others are awarded in Stockholm, Sweden annually.

South African winners of the Nobel Peace Prize include Albert Lithuli, President of the African National Congress in 1960, Archbishop Desmond Tutu in 1984 and Nelson Mandela in 1994 for their fight against apartheid (“apart-ness”). Apartheid in the Afrikaans language of the minority Boers meant apart-ness/separation. Blacks were legally segregated and discriminated against. They were second-rate humans! Apartheid was finally banned in South Africa in 1994 having begun in 1948.

For the first time in the history of Nobel awards, the Nigerian poet Wole Soyinka won the Prize in Literature in 1986, making him the first African to win a prize other than for Peace

In 2004, the Kenyan environmentalist Professor Wangari Maathai won the Peace Prize for her contribution in greening the environment in Kenya through tree planting. She led her Green Belt Movement, an NGO she founded in 1977 to plant over fifty million trees all over Kenya.

The only Ghanaian winner of the Nobel Prize is Mr Kofi Annan, a prize he won jointly with the UN. The lesson and challenge to Ghanaian youth is to work hard and follow the example of Kofi Annan. With discipline, strong leadership skills, hard work and integrity, the youth can win future Nobel Prizes for Ghana.

Wangari Maathai’s award should encourage Ghanaians about the virtue of ensuring a green environment. The tendency of real estate agents razing every tree in sight down before they start building is wrong and must stop! Elsewhere, no damage is allowed to vegetation!

In correcting the unintended negative consequences of his inventions, Nobel bequeathed to humanity his huge fortune. Starting in 1901, five prizes in Physics, Chemistry, Physiology/Medicine, Literature and Peace have been awarded. In 1968, Economics was added. Lessons for Ghana are many.

Finally,  Ghanaian leaders must realise that, unlike Alfred Nobel whose brother’s death made him aware how much he was hated, and therefore redeemed himself through philanthropy, such second chances do not happen often. Therefore do the right thing.

Fellow Ghanaians, let us swim together to Greatness!