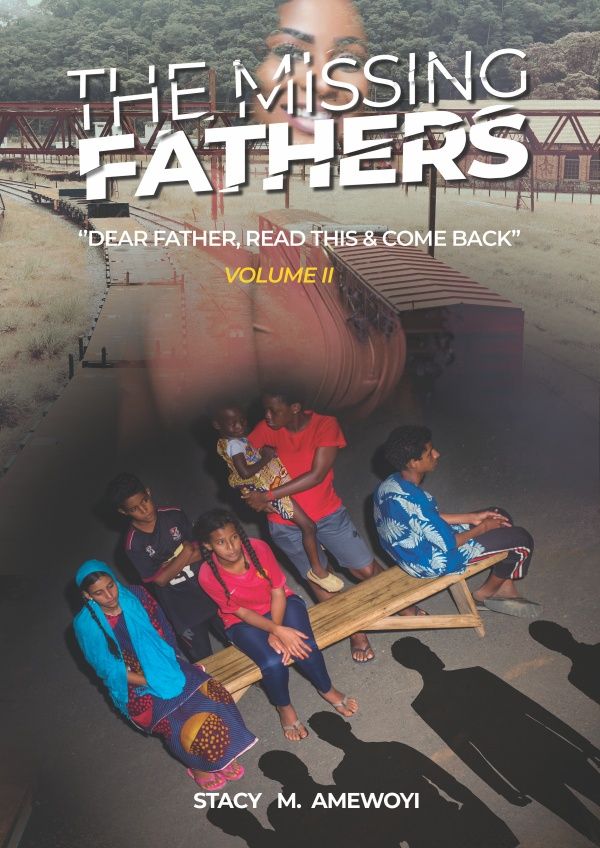 It’s now safe to say Stacy M. Amewoyi needs no introduction in the novel writing sector as she has championed and written several stories that have changed lives of others around the world, since she made her first appearance till date.

Challenging people to rethink about history what impact it has on generations, and then preaching the beauty and sour parts of love has propelled her into the domain of top sellers in the recent era. Her new series on parenthood captured in MISSING FATHERS has already led the line in the creation of discussion on the relevant topic that’s on how many kids are becoming vulnerable and lacking family love. The novels come in three parts capturing Ghana’s history from the early 60s to late 80 down till date, decisions taking by past presidents in Ghana, through Nigeria to other parts of the world that have made it hard for sections of kids in that generation to find the fatherly connection (or better still parental love) ghostly.

The popular ‘Ghana Must Go’ story was captured so well by Stacy M. Amewoyi who detailed how the West African country led by the late President Kwame Nkrumah, the noble gentleman who together with other visionaries stood tall to fight for independence for Ghana, and hence, occupying the presidential palace and ruled the country before his overthrown by a coup d’état on February 24, 1966.

Ghanaians drove Nigerians and other Africans from their country in the late 60s, and in the early 80s Nigerians also handed Ghana the same pill to swallow by driving most of them back, a travelling bag in which most Ghanaians that were been deported at that time packed their stuff in was then named ‘Ghana Must Go.’ Ghanaians had to go to Nigeria at that time because there were several greener pastures in the country mainly due to the fact that Nigerians found oil and were labelled the Giant of Africa, most of the males who left Ghana to Nigeria in search of better conditions left their wards back home, some to family members, others in the care of neighbours.

In the novel two, Stacy M. Amewoyi takes a look at most of these kids who were left behind by their parents, or kids who struggled to take good care of themselves on their own. Interestingly, majority of the kids that grew up and managed to do good on their own, either living in their own countries or were adopted and taken to Europe, Asia or America traced their root back to their place of birth, to establish new bonds with their rightful parents. These kids who are now adults found their parents still alive, others couldn’t, and even they tried everything they could. MISSING FATHERS  provides readers with statistics and growth in absent parents in the life of their kids, the long term effect, kids that are left in the care of others, the problems they go through and more.

In the third part of the novel, Stacy M. Amewoyi brought up stories of prominent figures now who have achieved a lot even though their fathers were not available, and example is the former President of the United States, Barack Obama, his story was captured, he was raised by a single mother, and also grandparents, but wished he had his father involved so well in his upbringing. However, she called for more of the kids who had no father growing up but managed to succeed in life to forgive and reconnect further with their biological parents.

MISSING FATHERS is available on most digital distribution platforms including Amazon, StacyMFoundation, and more. You can also grab other books such as The Languages and The Keys Of Love, The Price Of Love and The Kings Choice by Stacy M. Amewoyi.