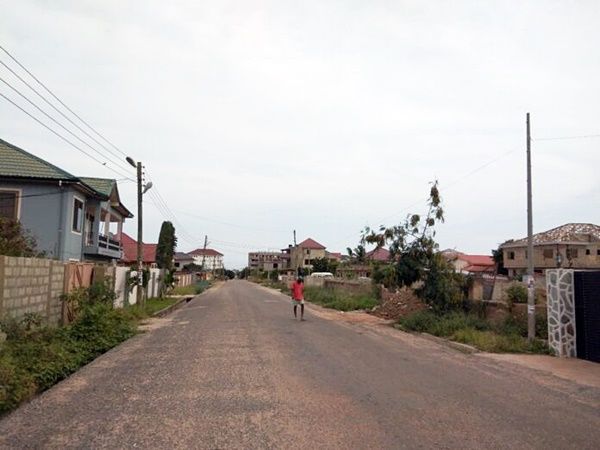 Have you been to ‘East La’, known by its most popular community – Tse Addo – recently? You should, because there is a quiet but beautiful transformation going on in there. It’s really no surprise that Tse Addo is now home to former President Mahama and a growing list of celebrities and politicians. The neighbourhood tucked away behind Trade Fair, is rapidly evolving into a beautiful first-class residential area, yet it still retains much of the liveliness and charm of other parts of Accra.

The houses may be big and behind walls and in manicured gardens but it’s a place where you can still hear children laughing and walking the streets as you drive through the streets. Although still developing, it doesn’t have that new area feel where the less said about the roads, infrastructure and everything else the better! Tse Addo is bounded by a network of new tarred dual carriageways – Giffard Road (the Trade Fair road), the beach road between Labadi & Teshie and ‘Mahama Road’ between Airport Hills & Teshie – all providing excellent links to the rest of Accra.

Within Tse Addo itself, the main roads are in excellent condition and an increasing number of the minor roads are being upgraded. So, although 4-wheel drives are a very common sight in Tse Addo, they are not a necessity, more the cars of choice for the affluent residents moving to Tse Addo. The area is also served by good infrastructure – electricity, water, broadband etc. Thankfully, Tse Addo is not low lying and has good drainage, so no collective holding of breaths every May and October when rainy season comes. In many ways Tse Addo is a ‘plug & play’ neighbourhood, you can literally move into without having to bring your own infrastructure with you at an eye-watering cost. Something that has caught the eye of developers.

Tse Addo is dotted with a range of housing developments – apartments, mid-range and luxury homes – which are being snapped us as savvy home buyers and investors flock to there. Luckily, these are not large sprawling developments and estates which can sometimes be just a little bit sterile with identical houses and colours repeated over and over again. The trend in Tse Addo has been for well-designed small gated developments of a few homes in carefully landscaped surroundings. Tse Addo has long had a reputation of being a safe place to live because of its proximity to Burma Camp. As they say, only the brave, misbehave near a military barracks. Now with the Police Post, it’s not just a reputation.

Inspector Nkrumah Anokye, the Officer-In-Charge at the Tse Addo Police Post, comments: “The neighbours feel very secure because they now see the presence of the police in the community. And if there is any situation that becomes too much for us, we call for reinforcement and they come and assist. Most of the neighbours have our emergency numbers and so once there is a problem, they call and quickly, we are there. Aside from that, we patrol the community every night and that makes the neighbours feel very safe, knowing there is a police presence.”

The police presence is being felt by residents. Emmanuel Nartey Kwapong, a Tse Addo resident for 18 years and a former Assembly Man for 8 years, says: “For security issue, it was terrible some years back. Previously, there were robbery incidences recorded almost every week. But after we got a police post in the area, all those robbery incidences have nearly ceased due to the presence of the police in the community.”

The police’s efforts are complemented by strong community support. Mrs. Linda Stepper, Chairperson of the Burma Valley Association, one of Tse Addo’s active resident’s associations, said the community has set up paid-for extra security known as ‘Hei Julor’ which promptly attends to any security issues raised by members who subscribe to its services. According to her, the response from this communal security organisation is so rapid that, it even attends to any security threat quicker than the police does, and this has come in very handy for the residents covered under this system as they trust that whatever security emergency situation that will arise will be readily dealt with.

“We discussed among ourselves to set up extra security which will complement the efforts of the police. The community formed the Burma Valley Association and the association formed community security called Hei Julor. So, they patrol the neighbourhood from 6 p.m. to 5 a.m. the next day. So I will encourage residents to sign on to this service if they want extra security which will guarantee their safety, she said.”

With careful planning, Tse Addo has successfully blended quiet residential streets and busy commercial main roads seamlessly. So, grabbing that ‘last-minute thing’ is not a major trek for residents. There are many small owned businesses giving residents a good range of services to choose from. Drive along the main roads of Tse Addo and you will see – bars, restaurants, grocery shops, pharmacies, clothes stores, beauty shops – everything for your everyday needs. This is complemented by good nurseries, schools, hospitals, churches, banks and even a university either in Tse Addo or in neighbouring communities.

But the real beauty of Tse Addo is that you’re not far from anything really. It’s close to the leisure and entertainment hubs of Osu, Palace Mall, Accra Mall, Spintex Road & Junction Mall. It’s also just a short drive from the beautiful beaches, hotels & resorts that stretch from Labadi to Teshie. Perfect, whether you’re a young singleton looking for a busy nightlife or a family looking for more relaxed entertainment.

If you are looking for a place to move your home or business, you may just want to take Mrs. Stepper up on her advice, “Tse Addo is open for business and members are ever willing to welcome any new resident or business to the warmth everyone is experiencing in this vibrant community.” 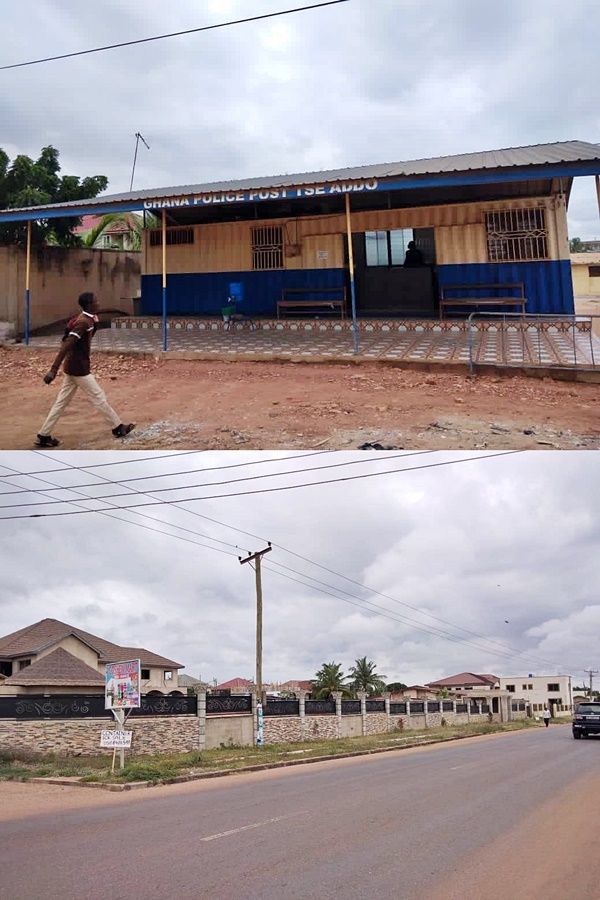