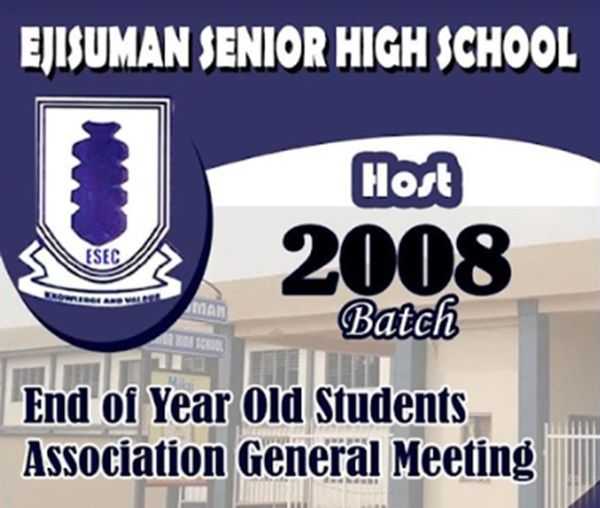 About the 2019 end of year general meeting

This event aims at uniting all old students of Ejisuman Senior High School to help build a brighter future for our great school. The event is also targeted at bringing something new and vibrant to the influential role that old students association plays in the entire development and improvement of their alma mater.

The objectives of the event includes:

The event is organized by the 2008 PAST STUDENTS OF EJISUMAN SENIOR HIGH SCHOOL who are conscious of the merits of unity and the need to be so united into one body in affirmation of our belief for the purpose of fostering mutual respect and welfare among ourselves, with the ultimate view of giving maximum assistance to our alma mater, provide such affirmation and exercise of such belief do not run counter to the laws of Ghana