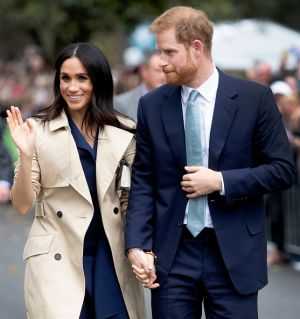 Friends of Prince Harry and his wife Meghan have reportedly 'stopped inviting her to dinner' after she caused a stir when attending fancy dinner parties together.

It seems the loved-up pair can't bear to be seated apart according to the Mail on Sunday as they've been insisting on sitting next to each other and ignoring long-standing rules.

It's thought she has dismissed party etiquette as ‘exclusive’ and ‘traditional’ and has instead been rejoicing in affectionate dinner-table PDAs with her royal husband, which is 'frowned upon'.

It's apparently ruffled the feather of Harry's society circle as they 'roll their eyes' at her 'American ways'.