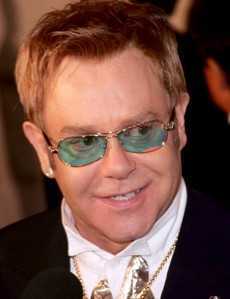 Princess Diana had quite the effect on gentlemen, according to Elton John.

In his upcoming memoir, Me, which was exclusively excerpted in the Daily Mail, the musician recalled a dinner party he once held where actors Richard Gere and Sylvester Stallone appeared to come very close to duking it out over Diana.