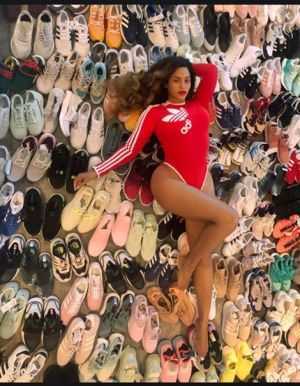 Limited edition Adidas trainers that saw collectors queuing for three days in the cold and rain are being sold on eBay for up to £58,000 - just hours after going on sale.

Only 160 pairs of the coveted Blackburn SPEZIAL trainers were released at a store on Friday, but by Saturday afternoon many were generating bids of thousands of pounds on the auction site.

Fanatical collectors camped in the street in Blackburn from Tuesday to get their hands on a pair of the sought-after sneakers, which were priced at £100 with proceeds going to a homeless charity.