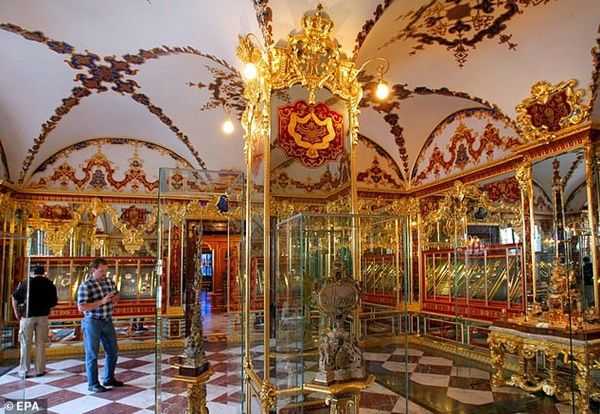 The Green Vault in Dresden has suffered an 'immeasurable' loss after burglars broke into the building in the early hours of this morning, officials said.  The thieves switched off a power supply at 5am before breaking through a window into a museum which once boasted it was 'as secure as Fort Knox', it is believed.

Once inside, they stole three jewellery ensembles which were commissioned by Saxony's former ruler Augustus the Strong in an 18th-century show of power.  Museum experts have said the items are priceless and could never be sold, but Bild reported that up to a billion euros' worth of treasures may have been stolen - which would make it the biggest art heist in history.