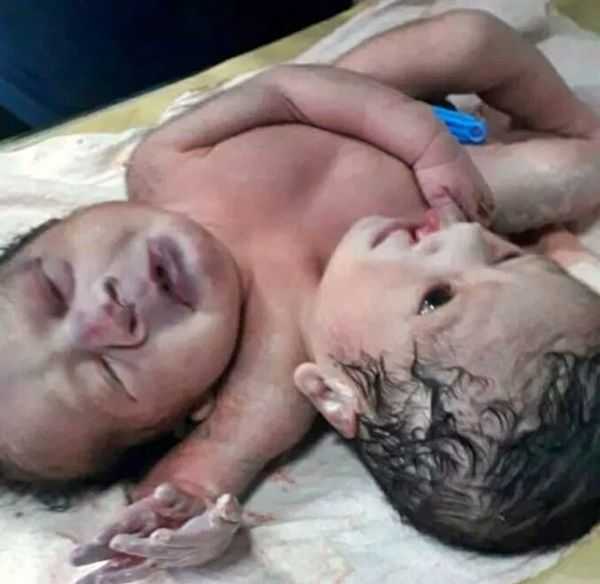 A mum gave birth to conjoined twins with two heads and three hands.

Babita Ahirwar, 21, had the delivery by caesarean section at a hospital in India on November 23.

According to medics the twins share a heart, but have a separate head.

The infant's third hand had two palms attached to it.

The new mum and her husband of 18 months Jaswant Ahirwar said they initially thought they were the parents of twins.