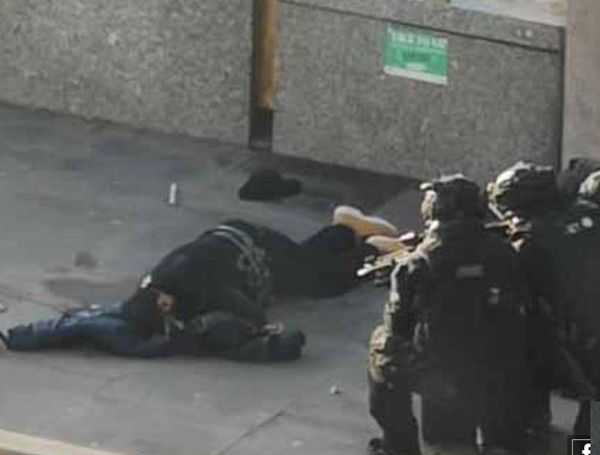 Armed police shot dead a knifeman wearing a fake suicide vest on London Bridge today in a shocking terrorist attack that has left up to five people injured as frightened crowds fled the scene.

Up to five people were stabbed before the knife maniac ran onto London Bridge shortly before 2pm, where dramatic video showed he was tackled to the ground by at least six heroic members of the public.

Seconds later police told people on top of the suspect to move away, before dragging the last bystander to safety and opening fire. Witnesses said they heard police shouting 'stop moving' twice before shooting at close range.

One of the bystanders was seen holding a knife which appeared to have been taken from the suspect. The suspect lay wounded on the ground, but still moving as officers backed away - clearly fearing they were still in danger.