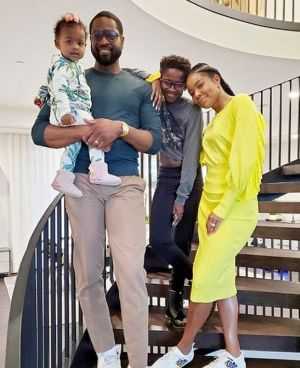 Dwyane Wade has taken to social media to blast trolls for mocking 12-year-old son after a family photo showed him with fake nails and a crop top.

Hateful comments directed at the Wade family began after Gabrielle Union shared a holiday photo to Instagram on Thanksgiving.

Accompanied with a caption thanking loved ones for their support, the photo showed Wade and Union posing with 12-year-old Zion Malachi Airamis Wade and baby Kaavia James Union Wade.

Trolls soon began to target Zion for what he was wearing in the sweet family snap.