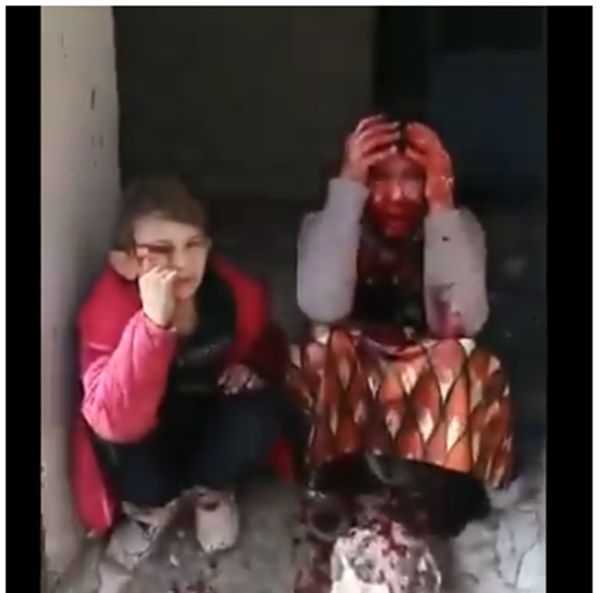 Heartbreaking video shows two children’s reaction after their father, grandmother and great aunt were killed as Maarat al-Numan market was hit by a Russian bomber.

A heartbreaking video shows the reaction of two siblings after they were informed of their father’s death in a Syria vegetable market known as the Maarat al-Numan.

No fewer than 10 civilians were killed and more than a dozen shoppers were injured when the fruit and vegetable market was bombed by the Russia-backed Syrian regime.