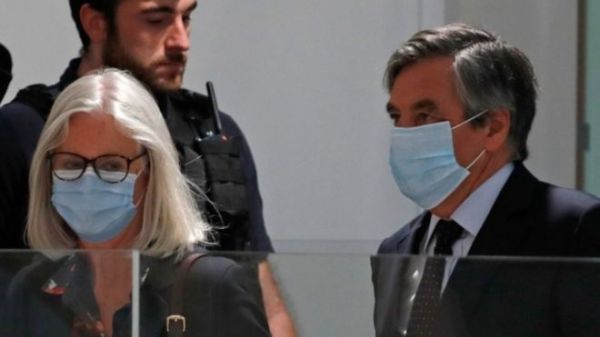 French ex-Prime Minister François Fillon and his Welsh wife Penelope have been jailed over a "fake jobs" scandal.

He was sentenced to five years in jail, three of them suspended, while she got three years' jail suspended.

He was found to have paid his wife €831,400. The scandal torpedoed Fillon's 2017 bid to become president. The centre-right candidate's ratings plunged when the allegations surfaced.