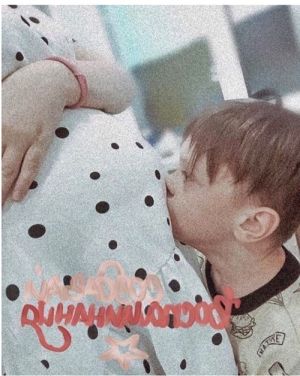 A Russian schoolgirl who claimed she was expecting a baby with a ten-year-old boy has been rushed to hospital over fears she may give birth prematurely. Darya Sudnishnikova was 13 when she became pregnant and appeared on a prime time TV show to claim the dad was her prepubescent friend Ivan.

But she later admitted that she was raped by a 16-year-old boy and had been too ashamed to say. Despite this, Ivan, also known as Vanya, has promised to raise the baby - a girl - with her.

Darya, who is now 14, has become a social media star in her homeland with a quarter of a million following her through her pregnancy.