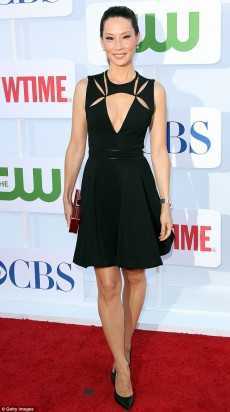 Lucy Liu has discussed how she used her differences to stand out during her early days in Hollywood.

Speaking to The Sydney Morning Herald, the American actress coined herself a 'black sheep' as she recalled a friend of hers would have an average of 10 auditions per day, compared to her measly three or four auditions per month.