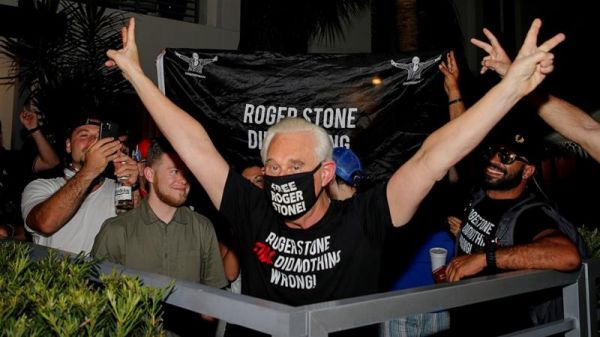 US President Donald Trump commuted the sentence of his longtime friend and adviser Roger Stone on Friday, sparing him from prison after he was convicted of lying under oath to legislators investigating Russian interference in the 2016 US election.

Trump's decision to commute Stone's sentence days before he was due to report to prison marked the Republican president's most assertive intervention to protect an associate in a criminal case and his latest use of executive clemency to benefit an ally.

Democrats condemned Trump's action as an assault on the rule of law.