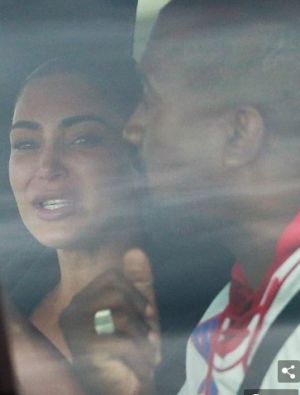 Kim Kardashian West reunited with her husband Kanye West on Monday, after flying into Wyoming where she was pictured sobbing during an intense conversation with the troubled rapper.

The 39-year-old reality star appeared distressed and cried as she talked to Kanye, 43, in a vehicle, following his political campaign rally and Twitter meltdown last week, where he discussed how they once considered having an abortion and hinted she had an affair with rapper Meek Mill, which Kanye has since publicly apologized for.

It is the first time that the married couple has been pictured together since before his disastrous first campaign rally in North Charleston, South Carolina, after announcing his unlikely bid for presidency.