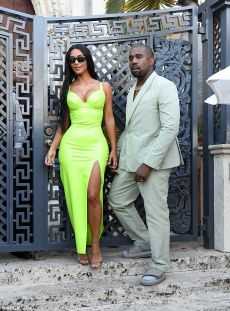 The couple reunited for the first time in person on Monday after Kardashian flew to Cody, Wyoming, to visit the rapper, whose behavior in recent weeks has been increasingly erratic, including divulging deeply personal details about his family and marriage. In photos, the reality star, 39, was seen crying in the car with West, 43, and a source tells PEOPLE she "feels that she has tried everything."