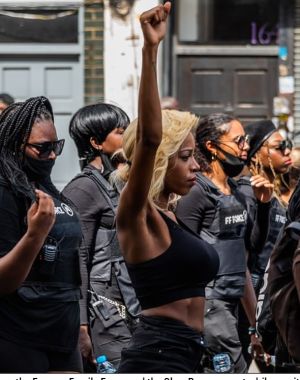 Hundreds of demonstrators brought Brixton to a halt as they marched through London to mark Afrikan Emancipation Day.

The coalition of action groups - led by Stop The Maangamizi: We Charge Genocide/Ecocide and the Afrikan Emancipation Day reparations march committee  - took the drastic action to 'make themselves heard' in a bid for reparations from the UK government.