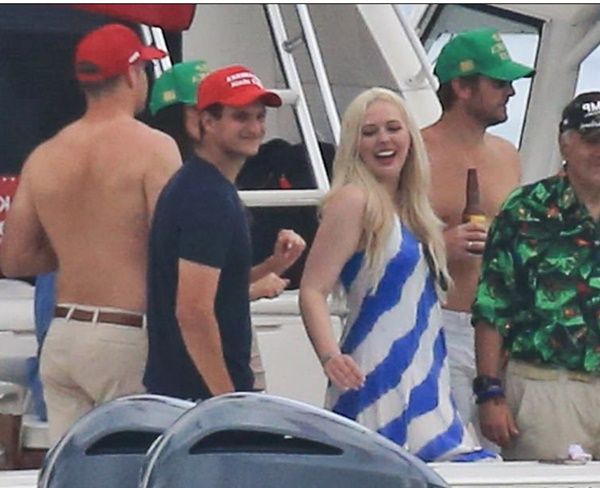 Donald Trump Jr, his sister and girlfriend took part in a 'Trumpilla' in the Hamptons on Friday ahead of a potentially lucrative weekend of fundraising in the region by the president.

Trump is hoping to rake in $15 million in campaign cash on Saturday in a series of fundraisers in the Southampton area of Long Island, including a stop at the home of Don Jr. and his girlfriend, Kimberly Guilfoyle.

On the eve of the event Don Jr, 42, was spotted participating in a Trump rally on a series of boats off the coastal town of Montauk, 25 miles along the coast from Southampton.

Also at the boat parade was Don Jr's sister Tiffany, 26, and her boyfriend Michael Boulos.