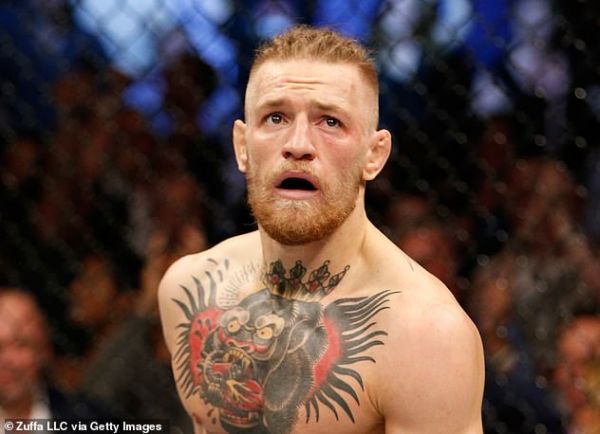 Conor McGregor said today that 'I can't go on like this' following his arrest on suspicion of attempted sexual assault in France.

The Irish MMA star hit back at a Twitter user who sneered that the UK 'can have him', referring to a BBC article which suggested that McGregor was British.