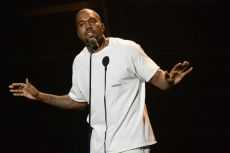 Kanye West is on the attack -- against Universal, Sony and the NBA -- claiming they are enslaving Black people and he's trying to save them ... but somehow, Taylor Swift gets brought into the mix too.

Kanye's latest Twitter diatribe is focused on the music industry and the NBA, which he compares to "modern-day slave ships."