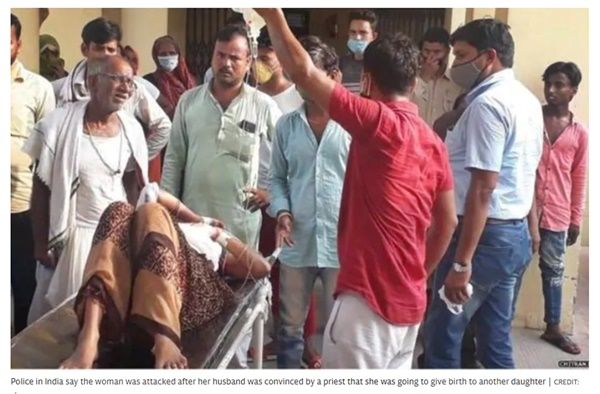 A FATHER of five girls is reported to have sliced open the stomach of his pregnant wife to find out if she was expecting a boy.

He added the reason for the attack is still under investigation, reports Newsweek.