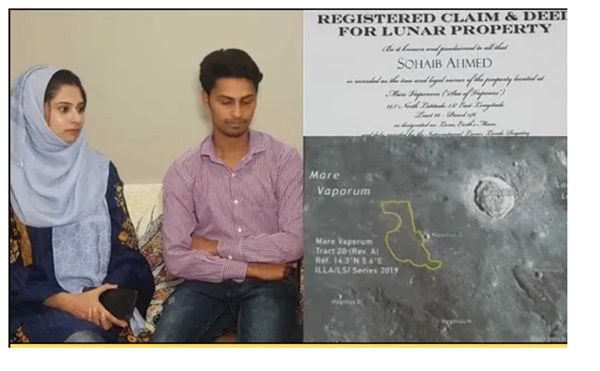 After the news emerged that late actor Sushant Singh Rajput owns land on the Moon, many people have been wanting a piece of the celestial body for themselves. Inspired by the actor, now a man in Pakistan bought a one-acre plot of land on the moon as a wedding gift for his wife. Also Read - NASA Announces Artemis Plan to Land First Woman & The Next Man on Moon in 2024

According to reports, Sohaib Ahmed, a resident of Rawalpindi bought the lunar land in the region called ‘Sea of Vapour’ for $45 from the International Lunar Lands Registry. The 23-year-old Pakistani man also holds property documents for it.