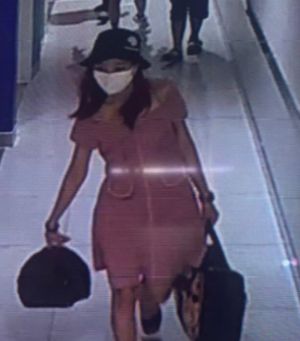 The female in suspect confessed that she only intended to rob a few to repay the debt. However, she ended up robbing an amount of up to 2.1 billion VND.

The Ho Chi Minh City Police Department, in coordination with the Tan Phu District Police, is concentrating on taking the testimony of the suspect Phung Thi Thang to clarify the motives and the criminal acts in the robbery that happened at the Truong Vinh Ky transaction office of Techcombank.

According to Ho Chi Minh City Police, around 12:30 a.m. on October 10, Truong Vinh Ky transaction office was about to close and there were no customers when a woman, later identified as Phung Thi Thang, stepped down from a taxi right in front of the bank and entered. She was wearing a long-sleeved shirt, a cap, a face mask, black glasses, and a handbag.