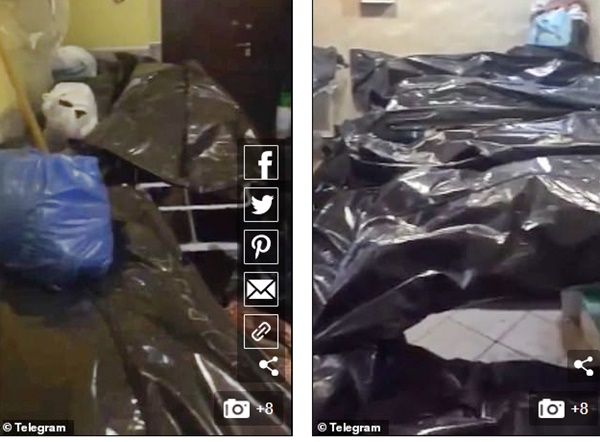 A Russian medical worker has revealed the grim toll that coronavirus is taking on the country as he filmed the bodies of dozens of victims packed into a morgue.

'Corpses everywhere, corpses, corpses,' the man can be heard saying as he gives viewers a tour of a corridor and dissection room that is typically used for post-mortem examinations, but is instead being used to store bodies.

The footage was captured in the Siberian city of Novokuznetsk, 300 miles from the border with Kazakhstan, as Russia suffers through a second wave of the virus.