Akim Swedru; a constituency in the Eastern Region has a population of about 10,379 as of 2013.

It’s considered a stronghold of the New Patriotic Party (NPP).

NPP has won this parliamentary seat consecutively in the past 6 elections: 1996-2016 with huge margins.

Akim Swedru’s member of Parliament is Kennedy Osei Nyarko. He took over from Joseph Ampomah Bosompem in 2012. 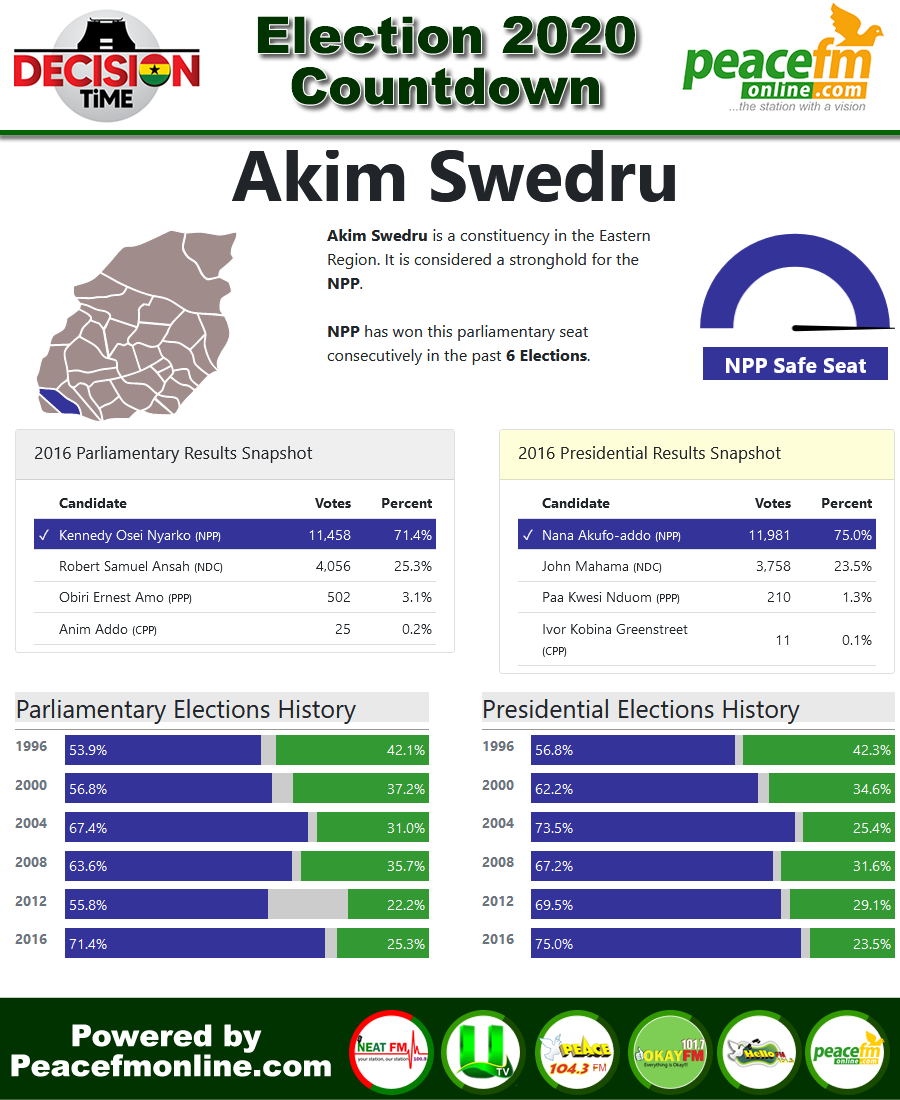